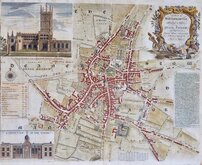 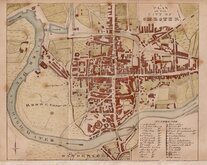 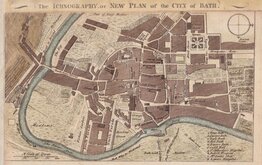 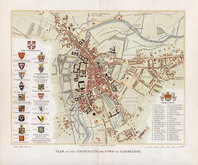 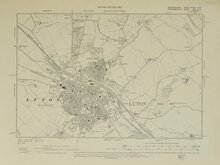 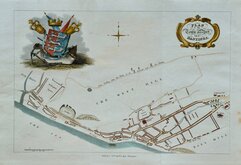 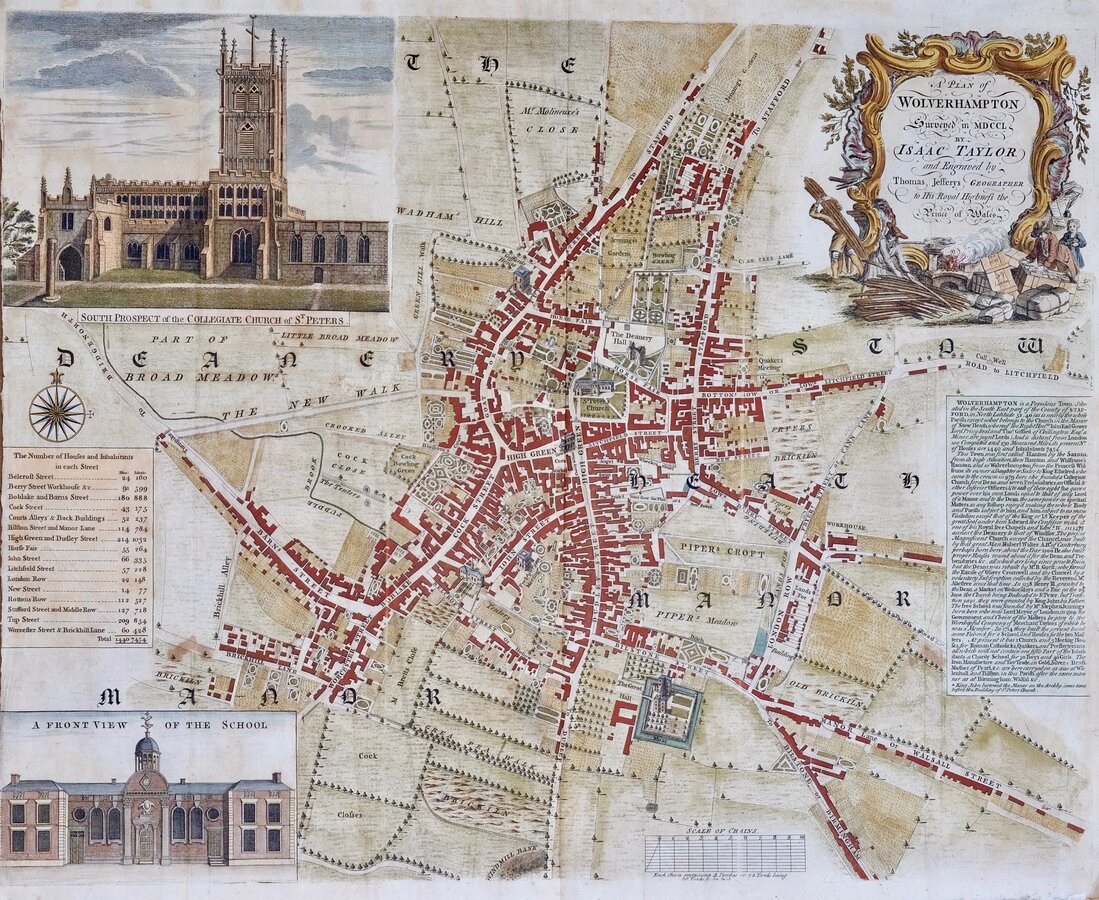 A PLAN of | WOLVERHAMPTON | Surveyed in MDCCL |BY | ISAAC TAYLOR | and Engraved by | Thomas Jefferys GEOGRAPHER | to His Royal Highness the | Prince of Wales.
Isaac Taylor (fl. 1750-1778), Surveyor, draughtsman and engraver. Born, probably in Hereford, in about 1720, married Eleanor Newman at Ross in 1759 and recorded as living at 55 High Street, Ross. He had a contemporary namesake (1730-1807) Engraver, illustrator, painter and bookseller, working from London who also had associations with the engraver of this plan, Thomas Jefferies.
Thomas Jefferies (1791-1771), Engraver, mapseller, printseller, printer and publisher, was apprenticed to Emanuel Bowen 3rd Dec. 1735,  his father then recorded as the late Henry Jefferys, cutler, of St. James Clerkenwell. Appointed Geographer to the Prince of Wales 1746 and Geographer in Ordinary t George III 15 Dec. 1760. He became a successful publisher of maps but high costs associated large scale surveying of English counties made him bankrupt in November 1766 with much of his stock being dispersed at auction in February 1767. Friends and associates came to his aid and enabled him to continue his business  until his death in 1771. His son, also Thomas Jeffreys continued his business in partnership with William Faden until 1776.
This highly detailed plan of Wolverhampton with vignettes of St. Peter's Church and Free School and decorative rococo title cartouche was first published by Jefferys in 1751 as a loose sheet map. This example is the second state with the plate cut into three strips and published in the second volume of  The History and Antiquities of Staffordshire by The Rev. Stebbing Shaw London, 1801.
Some light creasing but a very good copy, in full later hand colour. Deckle edges close to plate edge as usual. 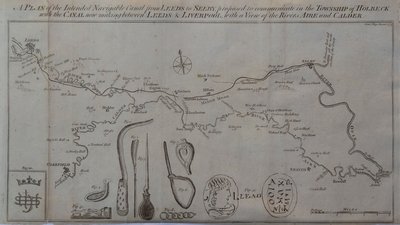 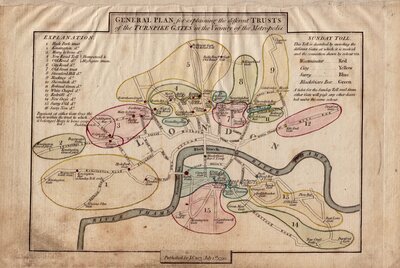