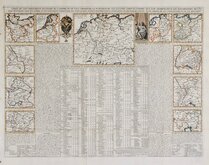 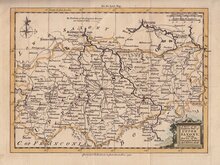 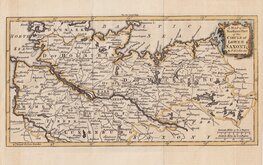 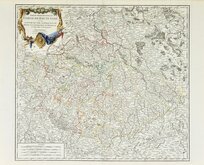 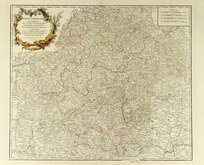 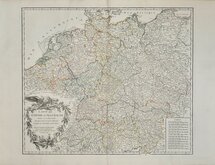 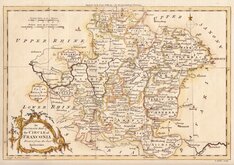 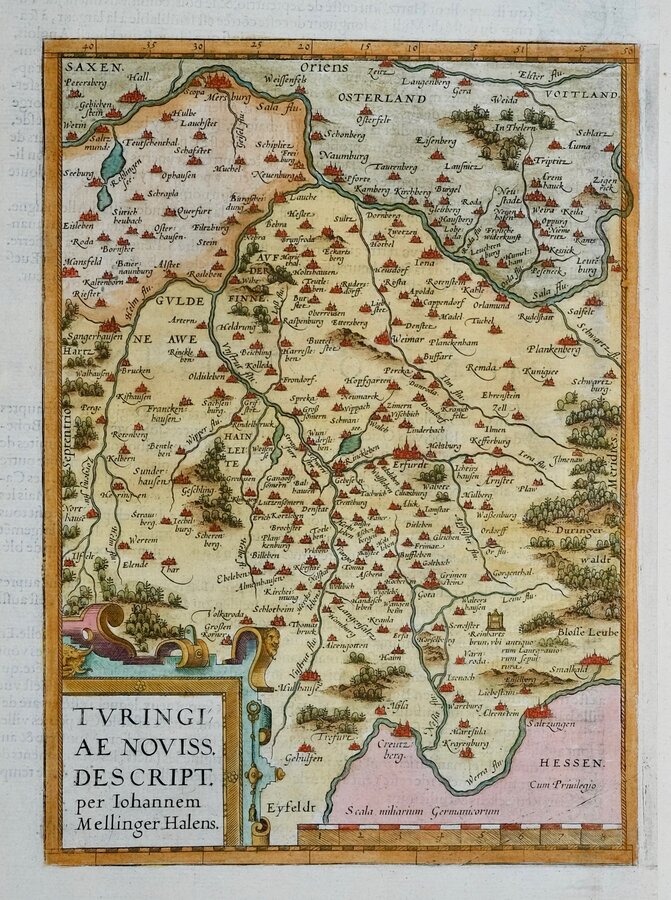 By Johannes Mellinger of Halle and published in Theatrum Orbis terrarum by Abraham Ortelius showing the region of Thuringia, Eastern Germany.
Ortelius (1527-1598) was a Flemish cartographer and publisher famous for his work Theatrum Orbis Terrarum (Theatre of the World) which is considered to be the first true atlas. The work was originally published in 1570 with 70 maps engraved by Frans Hogenberg but expanded considerably over subsequent editions until 1612.
This map of Thuringia was originally engraved with a map of Meissen and Lausitz, drawn by Bartholomeus Sculteus of Gorlitz, on the same sheet. After 1580 the plate was cut into two unequal half plates, the Thuringia plate losing the right vertical border line.
This example is from this 1580 or later edition with French text verso with last line identifier depuis peu de temps Reinerus Reineckius Steinhemius. 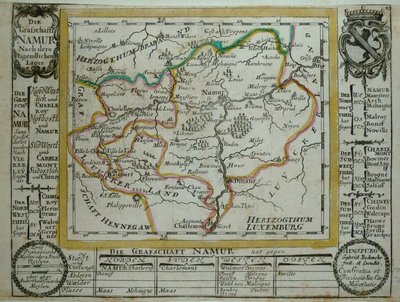