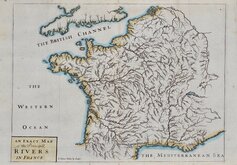 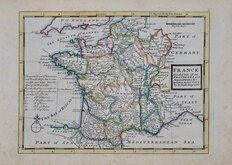 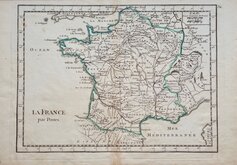 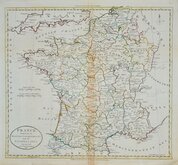 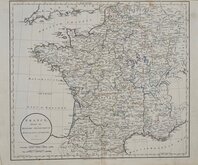 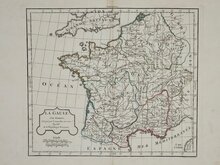 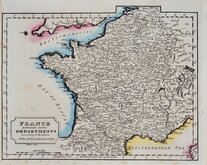 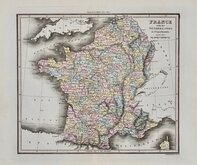 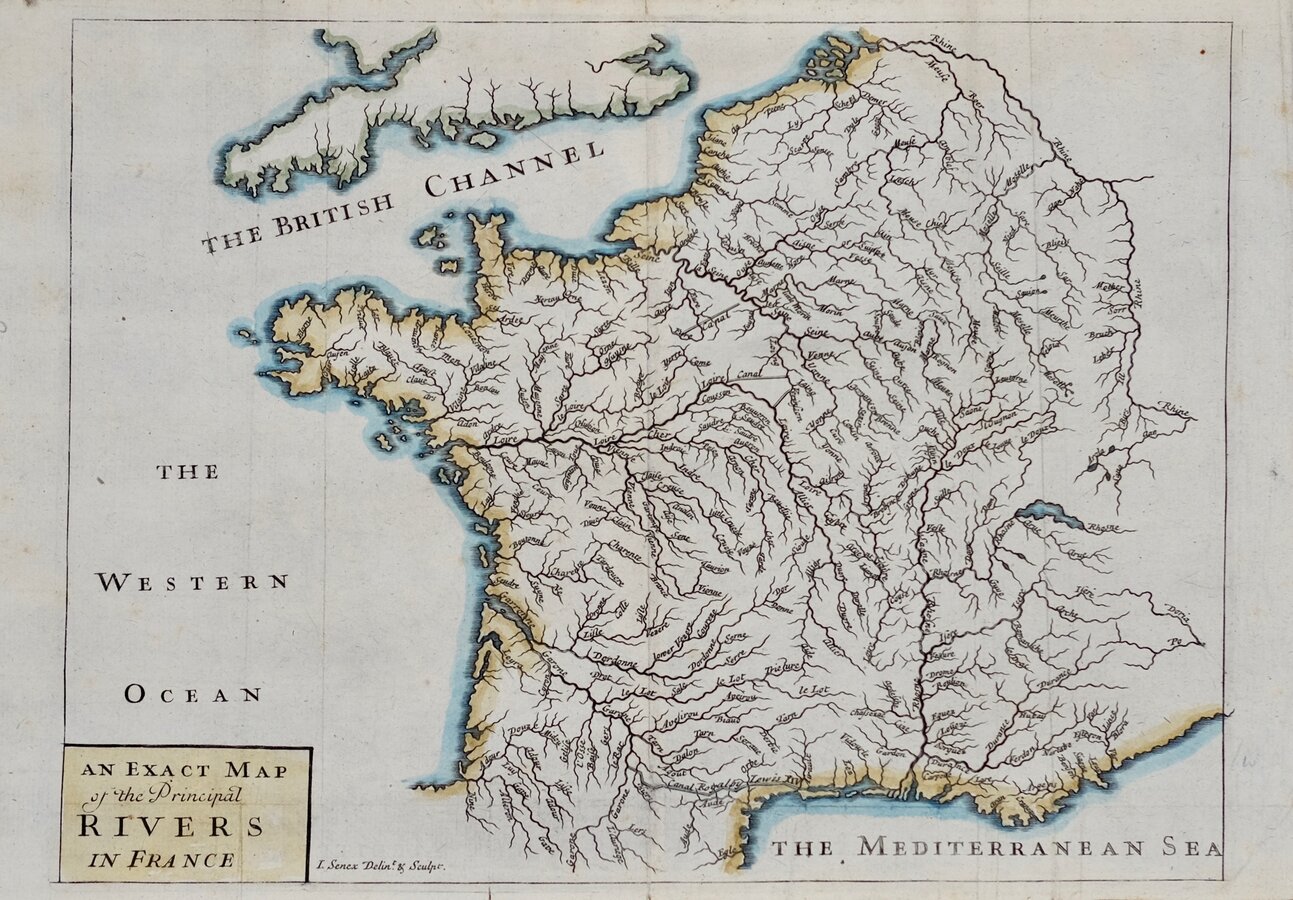 AN EXACT MAP of the Principal RIVERS IN FRANCE
I. Senex Deiln.t & Sculpt.

Drawn and engraved by John Senex for publication in a London edition of Philipp Cluver's Introductio in Universam Georgraphia..1711.
John Senex (1678-1740), bookseller, mapseller, instrument-seller, globemaker, engraver and surveyor, geographer to the Queen, was born in Ludlow, Shropshire, the son of John Senex, a churchwarden in Ludlow and his wife Marie. He was apprenticed to bookseller Robert Clavell in July 1695. In 1703-1705 he was associated with Jeremiah Seller and Charles Price in the production of maps and globes. In 1723 he married Mary Wilcox at St Margaret Westminster. He was elected Fellow of the Royal Society 4 July  1728. His output of maps and globes and scientific works was substantial and he became the leading scientific publisher of his time. He died December 30th 1740, described in Hookers Weekly Miscellany 3 Jan 1741 as "a sincere, worthy, honest man, and greatly valued by men of learning". He left his entire estate to his wife Mary Senex who continued the business until about 1755. 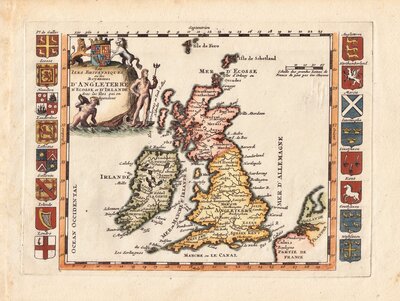