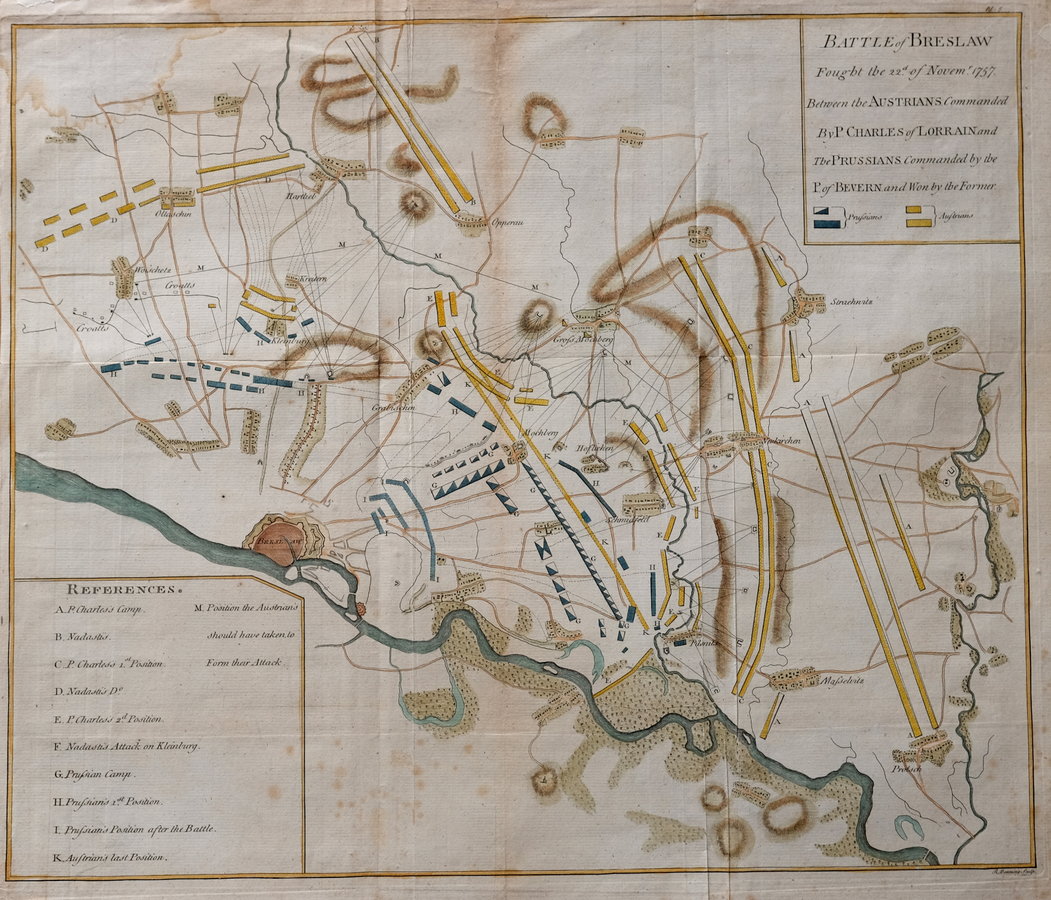 £30 Battle of Breslau c.1757 Ref: dsm4758
Add to basket Thanks,Your Product Has Been Added To Basket

BATTLE of BRESLAW | Fought the 22d. of Novemr. 1757. | Between the AUSTRIANS Commanded | By P. CHARLES of LORRAIN and The PRUSSIANS Commanded by the | P. of BEVERN and Won by the Former.
Also known as the battle of the Lohe, fought during the Seven Years War a Prussian Army of 28,000 men fought off an Austrian attack by an army of 84.000 men losing 6,000 men to the Austrians 5,000. The next day the Prussians beat a retreat.
Hand coloured copper engraving. Folds. Water stain  top left corner. Archival tape repair verso to fold split top centre.