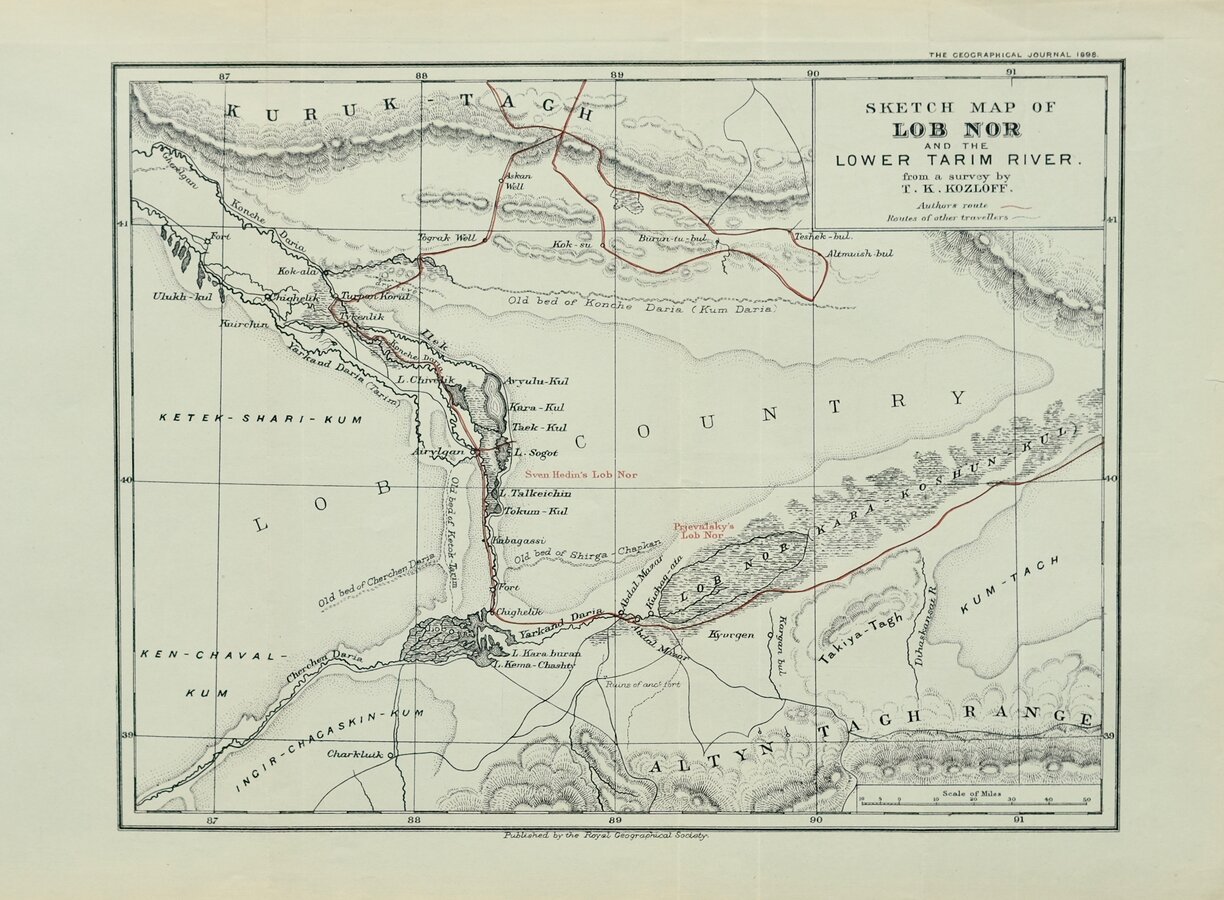 THE ROYAL GEOGRAPHICAL JOURNAL 1898
SKETCH MAP OF LOB NOR AND THE LOWER TARIM RIVER from a survey by T.K. KOZLOFF.
Published by the Royal Geographical Society.

Referred to as the "Wandering Lake" in the early 20th century due to the Tarim river changing course and causing the lake to change position which led to confusion for the early explorers.