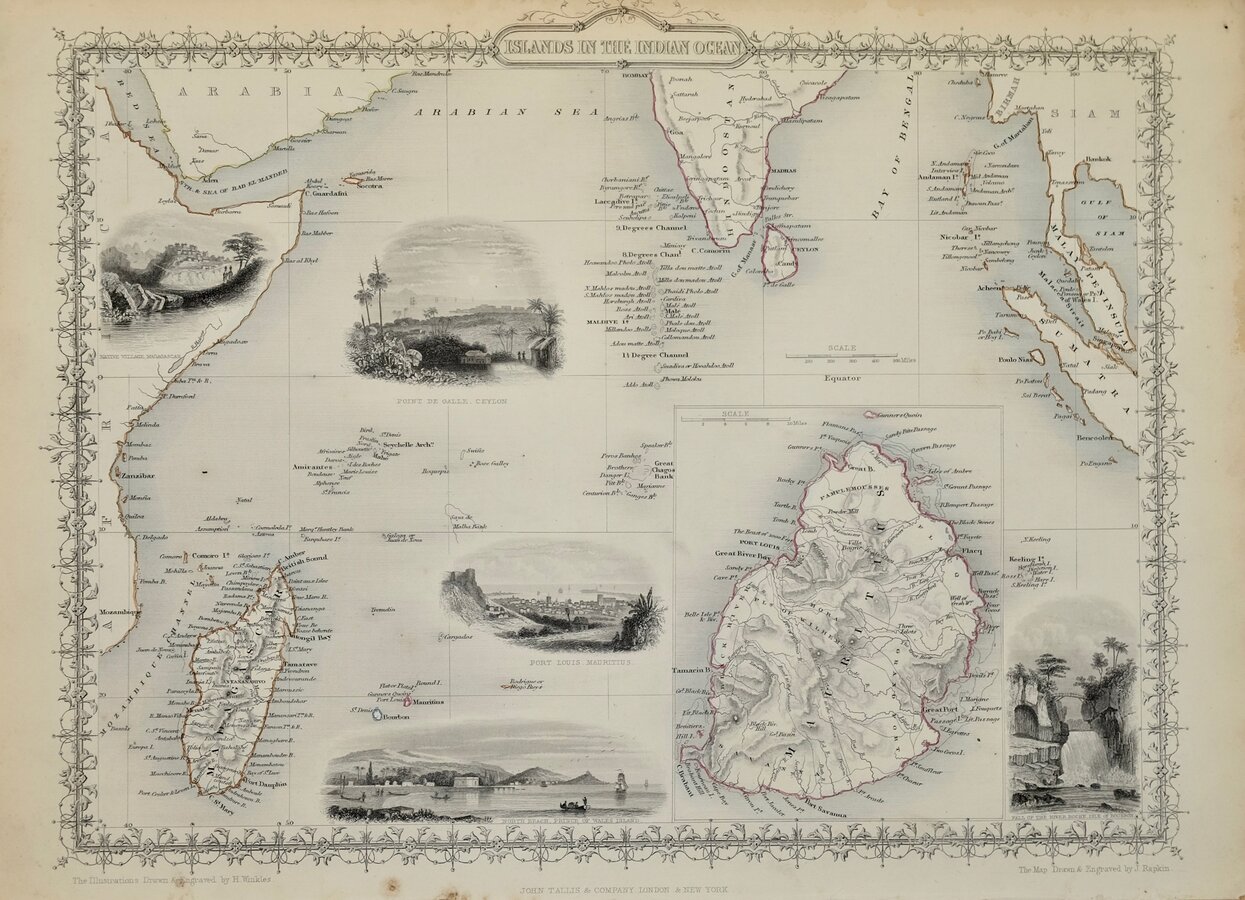 Drawn and engraved on steel by J. Rapkin, this series of finely engraved maps were first published in parts from the end of the 1840's and issued as a complete volume, The Illustrated Atlas in 1851. The work was re-issued a number of times until about 1865 and the maps were then used by Montgomery Martin, the author of the text in the Illustrated Atlas, in his British Colonies from 1854. The final appearance of the maps, with vignettes erased from the plate, was in geographical dictionaries and encyclopaedias until about 1880.
This map of the Islands in the Indian Ocean is from the Illustrated Atlas of 1851.
Original hand colour. Without centrefold. Vignettes of Village in Madagascar, Point de Galle Ceylon, Port Louis Mauritius, North Beach Prince of Wales Island, Fall of the river Roche Isle of Bourbon.
Small loss of decorative element above title at top margin and some light spotting in bottom margin otherwise a good example from the first publication.
Includes original page of typeset text by Montgomery Martin.