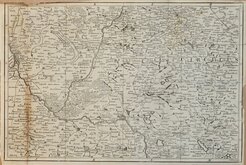 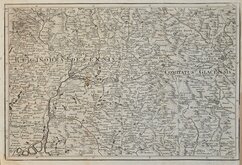 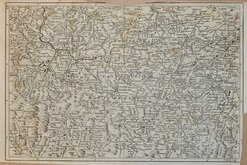 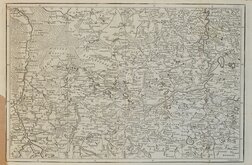 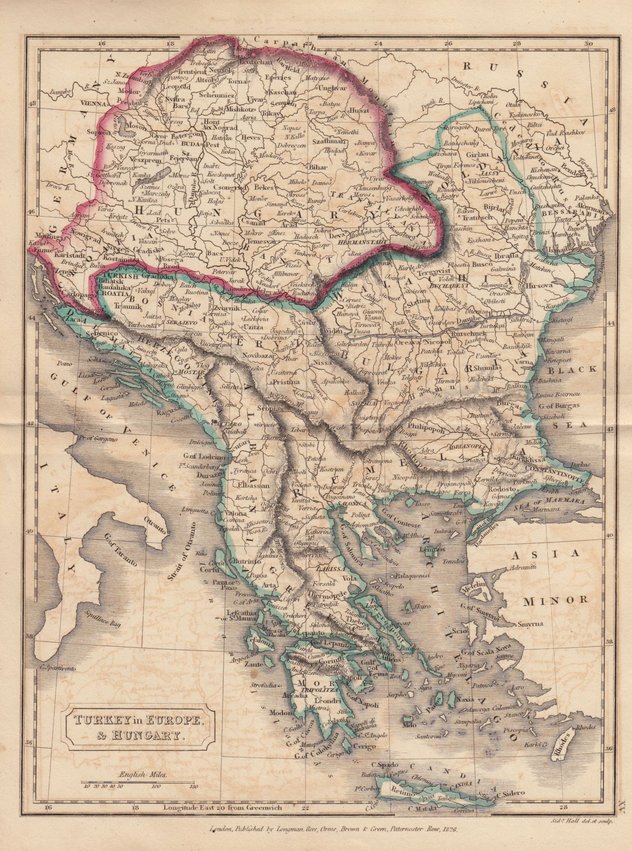 Engraved by Sidney Hall (1788?-1831) and published in Samuel Butler's Atlas of Modern Geography by Longman, Rees, Orme, Brown & Green.
Sidney Hall was born in or about 1788 and his work as an engraver began about 1809 with a map of the Austrian Dominions for William Faden in 1809. He was in partnership with Michael Thomson (fl.1809-1815) in 1814. Hall was a pioneer in engraving on steel producing steel engraved maps from from 1821. He married Selina Price in 1821 and died early in 1831 aged forty-two. Selina carried on his engraving business signing her maps simply "S. Hall" which has caused some confusion in map bibliographies.