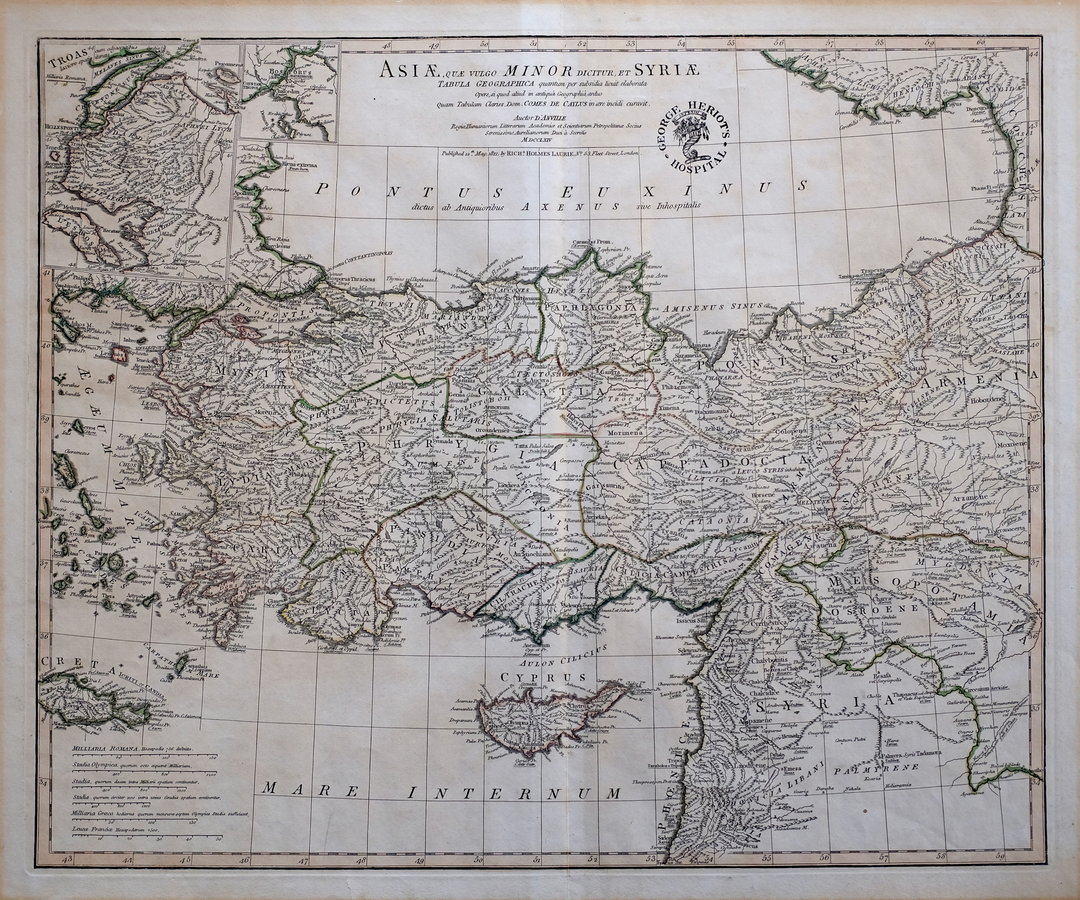 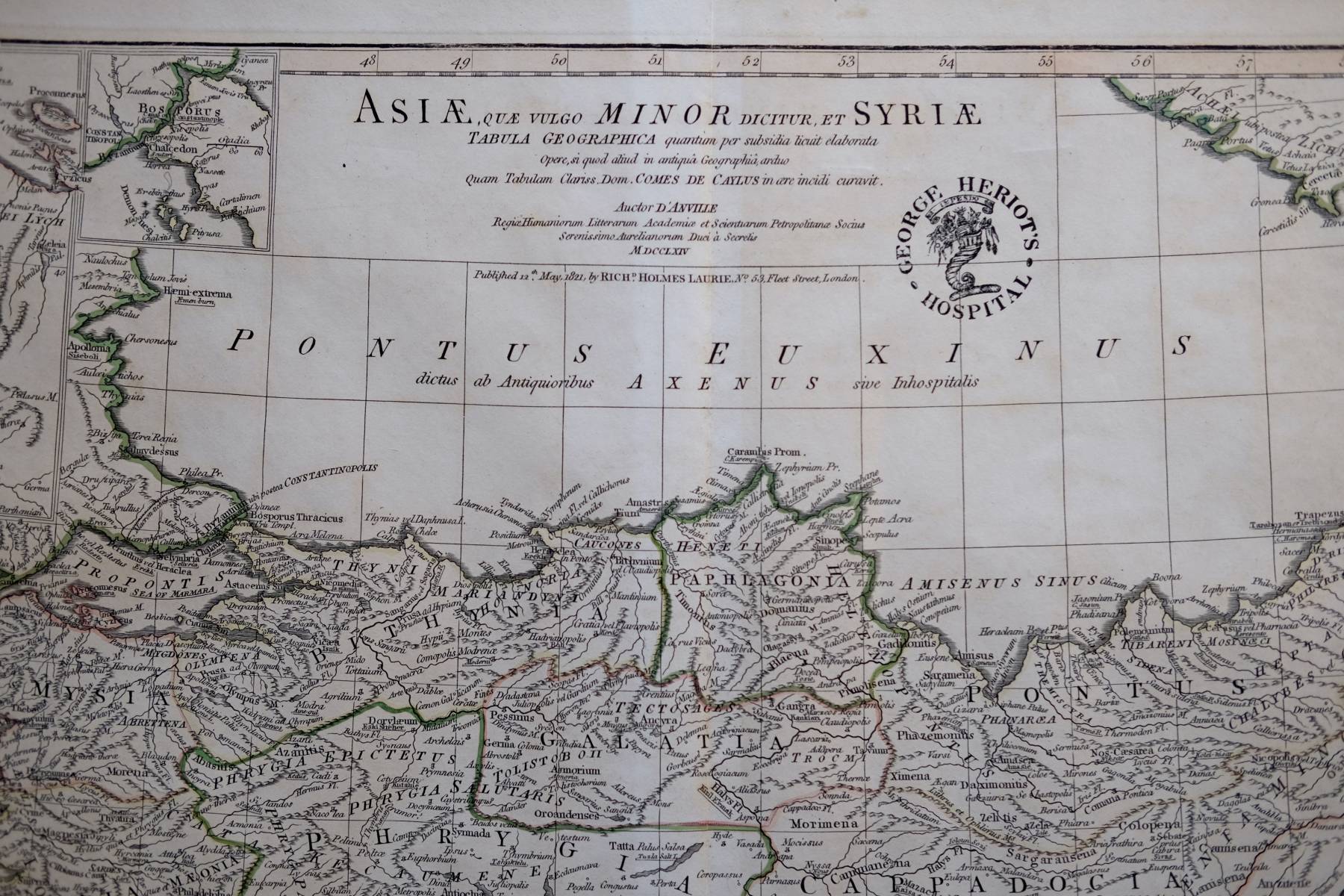 ASIAE, QUAE VULGO MINOR DICITUR, ET  SYRIAE  . . . Auctor D'ANVILLE . . . MDCCLXIV
Large map showing most of modern day Turkey as it was in the time of the ancient Greeks and Romans by Jean Baptisite Bourguignon d'Anville (1697-1782) and published  in Atlas and Geography of the Ancients, Paris 1764. D'Anville was a Royal French cartographer elected to the Academie des Sciences in 1773. His maps are noted for their accuracy. He had an early interest in historical maps, his first serious map was of Ancient Greece, published when he was fifteen.
Inset Maps of Troy  and The Bosphorus.
This very good example, in original hand colour, was  published by Richard Holmes Laurie, London 1821.
Library stamp of George Heriot's Hospital, Edinburgh to title.