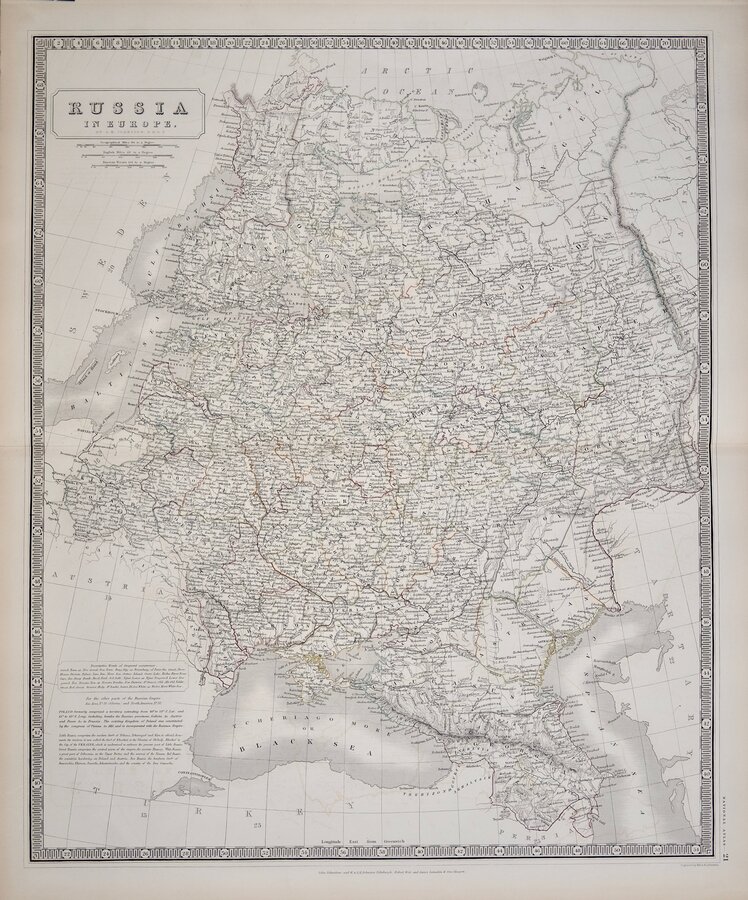 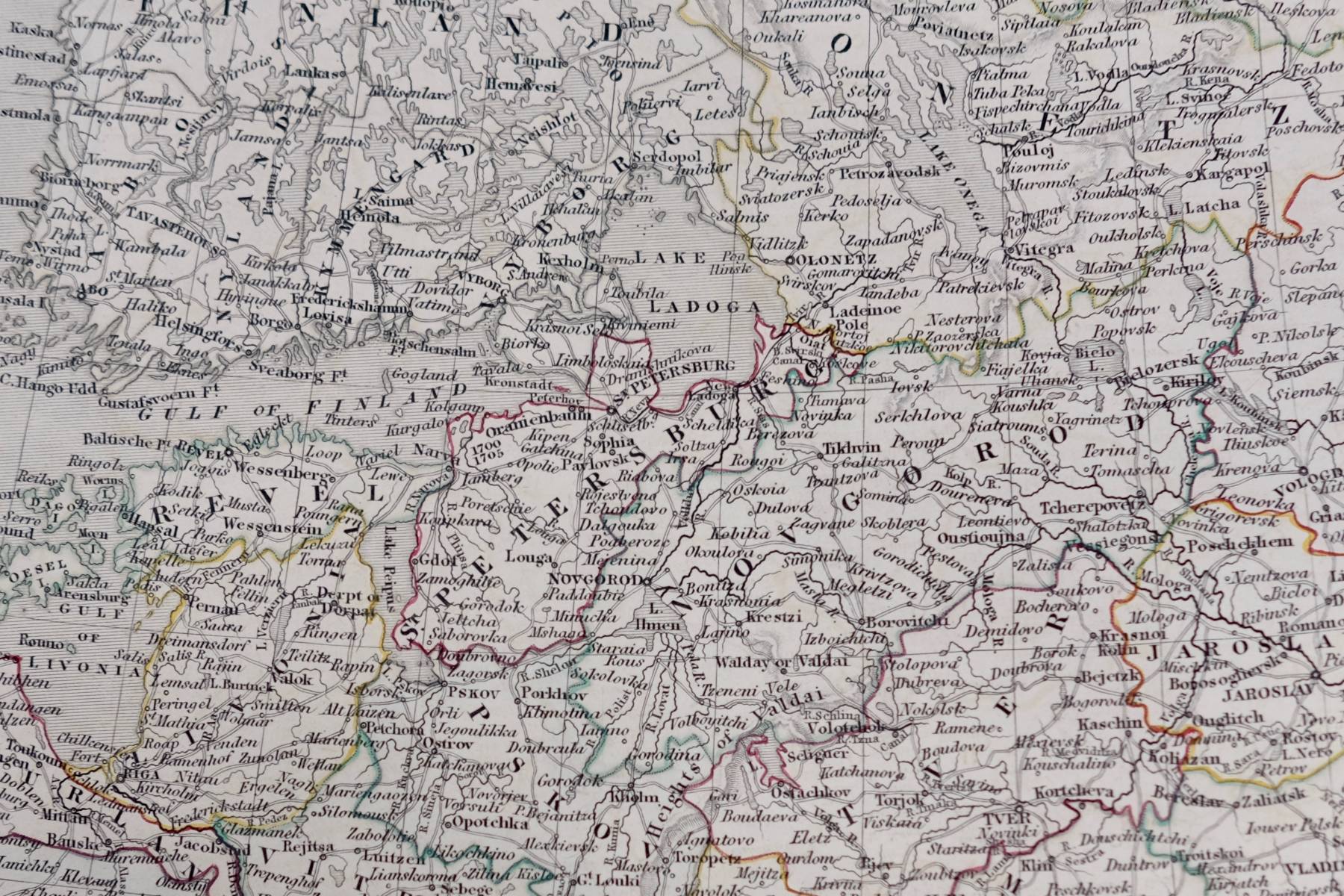 £95 Russia in Europe Johnston 1843 Ref: m0935
Add to basket Thanks,Your Product Has Been Added To Basket

RUSSIA IN EUROPE
BY A. K. JOHNSTON, F.R.G.S.
Engraved by A.& A.K. Johnston.
Edinburgh: John Johnstone and W.& A.K. Johnston: Glasgow: Robert Weir and James Lumsden & Son Glasgow.
Steelplate engraving from The National Atlas of Geography published in 1843. Alexander Keith Johnston (1804-1871), born in Edinburgh, was the younger brother of Sir William Johnston (1802-1888), founder of the engraving, printing and publishing business of W. Johnston. The firm were appointed engravers to King William IV and Queen Victoria. Alexander joined his brother and through his influence the firm of W. & A.K. Johnston ventured into cartographic production. It was following publication of the finely engraved and detailed maps for The National Atlas that the firm were appointed Geographers to the Queen.
A highly detailed and finely engraved map in original hand colour. Fine condition, heavy paper.