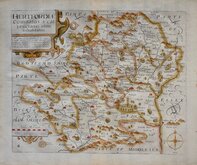 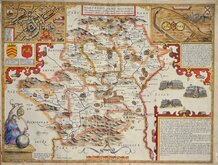 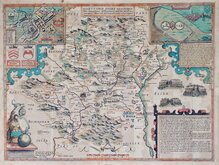 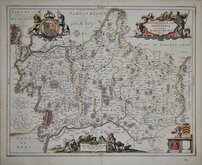 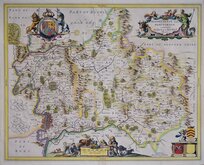 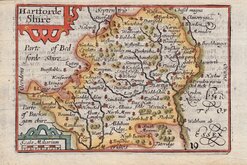 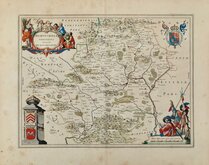 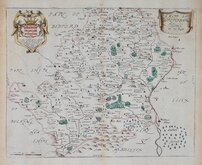 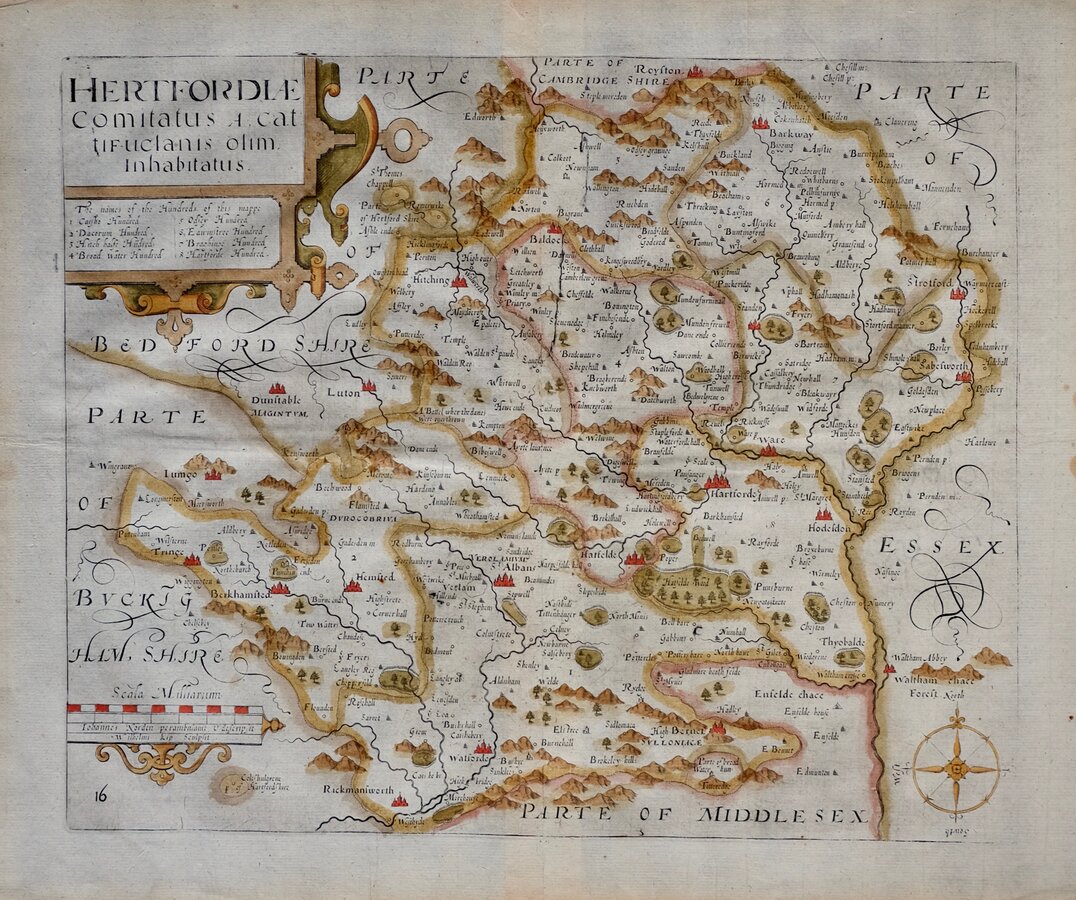 HERTFORDIÆ | Comitatus A. cat: | tiFlucanis olim. | Inhabitatus.
Iohannes Norden perambulauit & descripsit  | Wilhelmi kip Sculpsit.
Copper engraving by William Kip first published in the 6th edition of William Camden's Britannia, sive florentissimorum regnorum Angliæ, Scotiæ, Hiberniæ…London, George Bishop and John Norton, 1607. This was the first edition of the work to include county maps and the first publication to include separate plates for each of the English and Welsh counties. The engraving work was shared between William Kip and William Hole and the maps were mostly based on the Elizabethan surveys of Christopher Saxton and John Norden. The plates were re-issued in the 7th and 8th editions of Britannia which were English translations from the Latin by Philemon Holland, in 1610 (two issues) and in 1637. With a few exceptions, maps were unchanged in all editions but we are able to identify most individual maps; those from the 1607 edition were printed with Latin typeset text on the reverse; The first 1610 edition was blank verso and did not include a plate number; A plate number was added to most maps in the second issue of 1610 which remained on the final 1637 edition; Later impressions from the 1637 edition usually show signs of wear and damage to the plates. William Kip (fl.1598-1618), engraver, publisher, jeweller and goldsmith, came to London from his hometown, Utrecht in about 1585. He also engraved the Hertfordshire map for John Norden published in Speculi Britanniæ pars the description of Hertfordshire…1598 on which this map is based.
With plate number 16, this example is from the second 1610 edition or early 1637 edition. Good margins, large watermark of a coat of arms with crown and golden fleece, good later hand colour. A nice example. 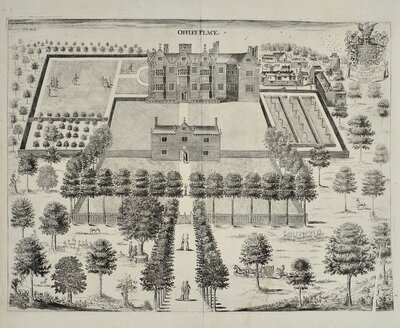 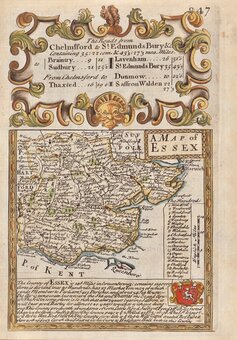 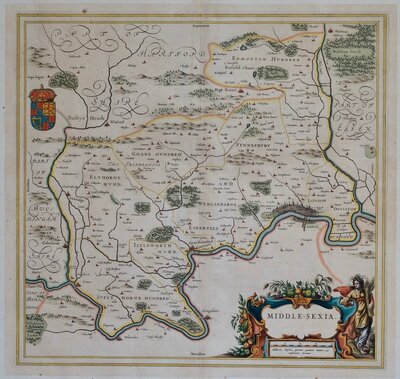