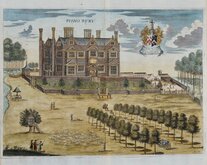 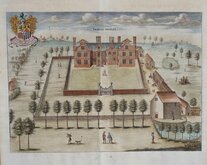 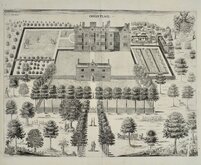 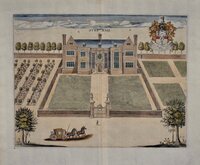 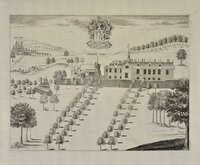 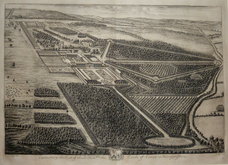 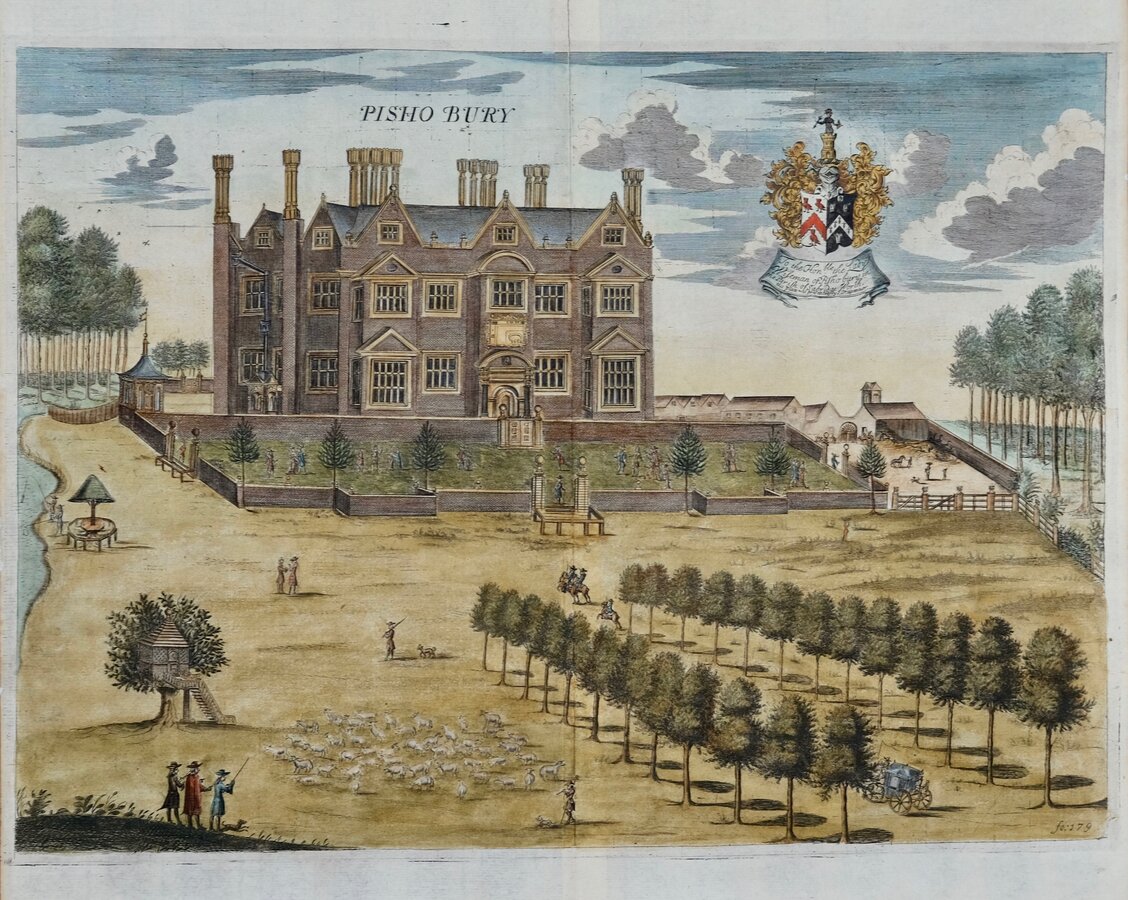 This engraving shows the house built by Sir Walter Mildmay in 1585. Chauncy describes the house as ...a very neat and fair Pile of Building for the Mannor-house, upon a rising Ground in the Vale near the River Stort, which courses about 20 Acres of Ground on the East side of the House, lately converted into a Paddock for Deer, adorn'd in the Front therof with a fair Bowling-green raised about five Foot high, inclosed with a Brick-wall topt with stone and Balls upon it, with Two fair Walks planted with Trees; each Walk extending about four Furlongs in length from the House to the Road; where tis observable, that there is no Dust in Summer, nor Dirt in Winter.
The house was rebuilt to the designs of James Wyatt in 1782-84.

Copper engraving by John Drapentier (fl.1674-1713), engraver, medal-engraver, artist and surveyor. Born in Holland,  he was apprenticed at The Hague and was active in England from 1674. Published in The Historical Antiquities of Hertfordshire...by Sir Henry Chauncy, Kt. Serjeant at Law. London, Ben Griffin et al. 1700. The folio work was not re-issued and is uncommon today. A later edition published in 1826 was in a reduced format with smaller plates printed by lithographic transfer.

SPECIAL OFFER MOUNT OPTION AVAILABLE ON THIS ITEM AT CHECKOUT FOR UK CUSTOMERS. 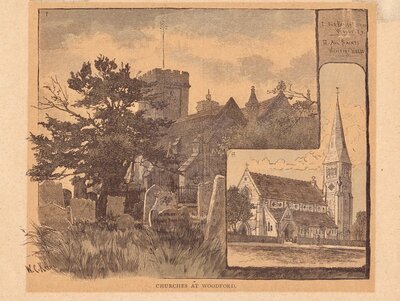 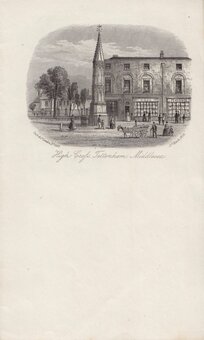 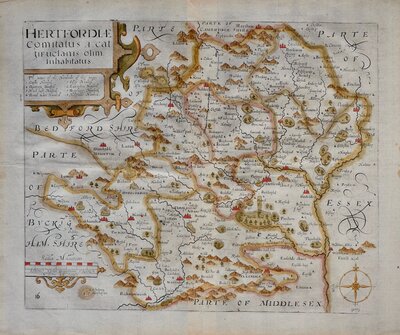