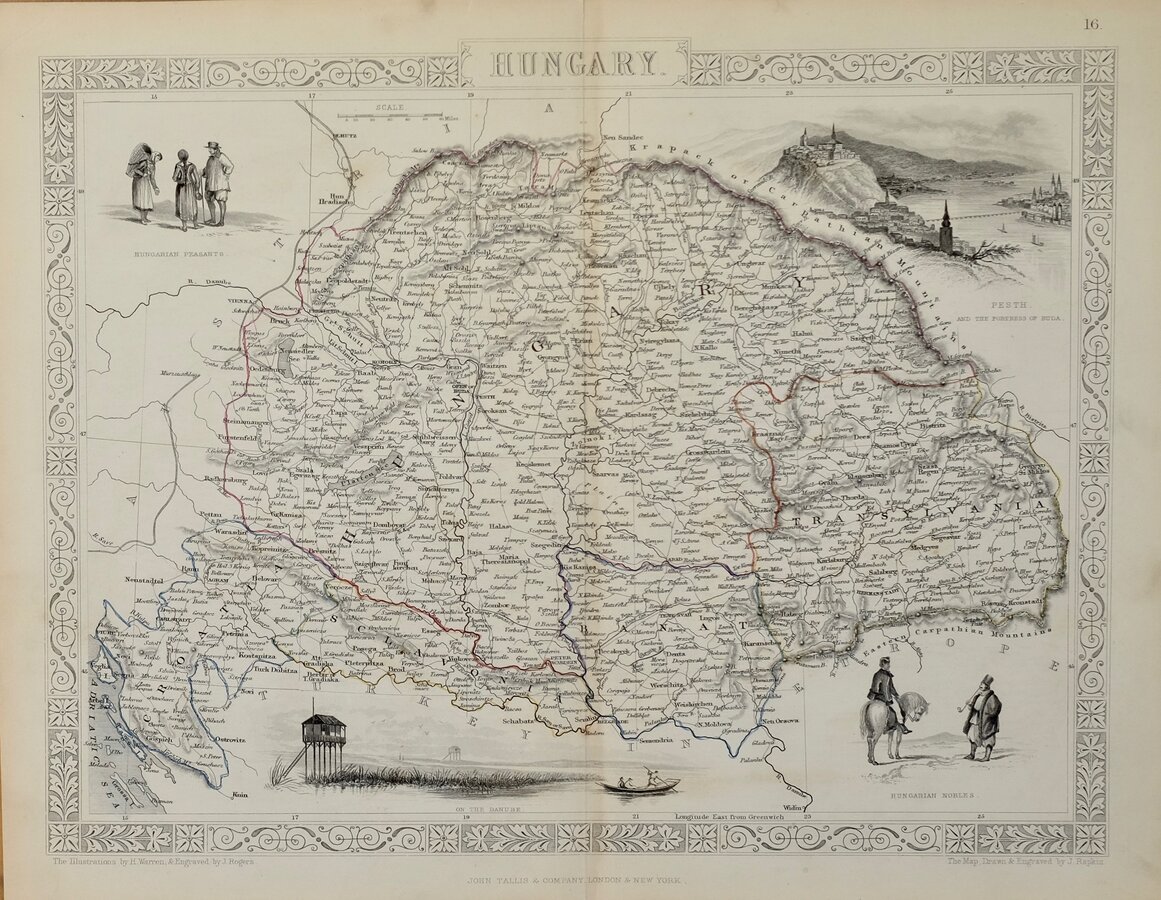 HUNGARY
The Illustrations by H. Warren, & Engraved by J. Rogers. | The Map, Drawn & Engraved by J. Rapkin.
JOHN TALLIS & COMPANY, LONDON & NEW YORK.
The maps were first published in parts from the end of the 1840's and issued as a complete volume, The Illustrated Atlas and Modern History of the World...Edited by R. Montgomery Martin Esq...John Tallis & Company, London & New York 1851. The work was re-issued a number of times until about 1865 and the maps were then used by Montgomery Martin, the author of the text, in British Colonies from 1854. The final appearance of the maps, with vignettes erased from the plate, were in geographical dictionaries and encyclopaedias until about 1880.
Vignettes of Budapest, The Danube, Hungarian Peasants and Nobles.
The map covers the modern countries of Croatia, Hungary, Slovakia and part of Romania.
Original hand colour. Centrefold. Good condition.