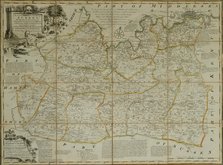 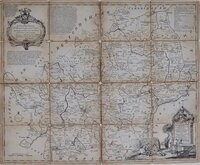 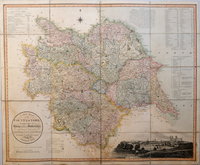 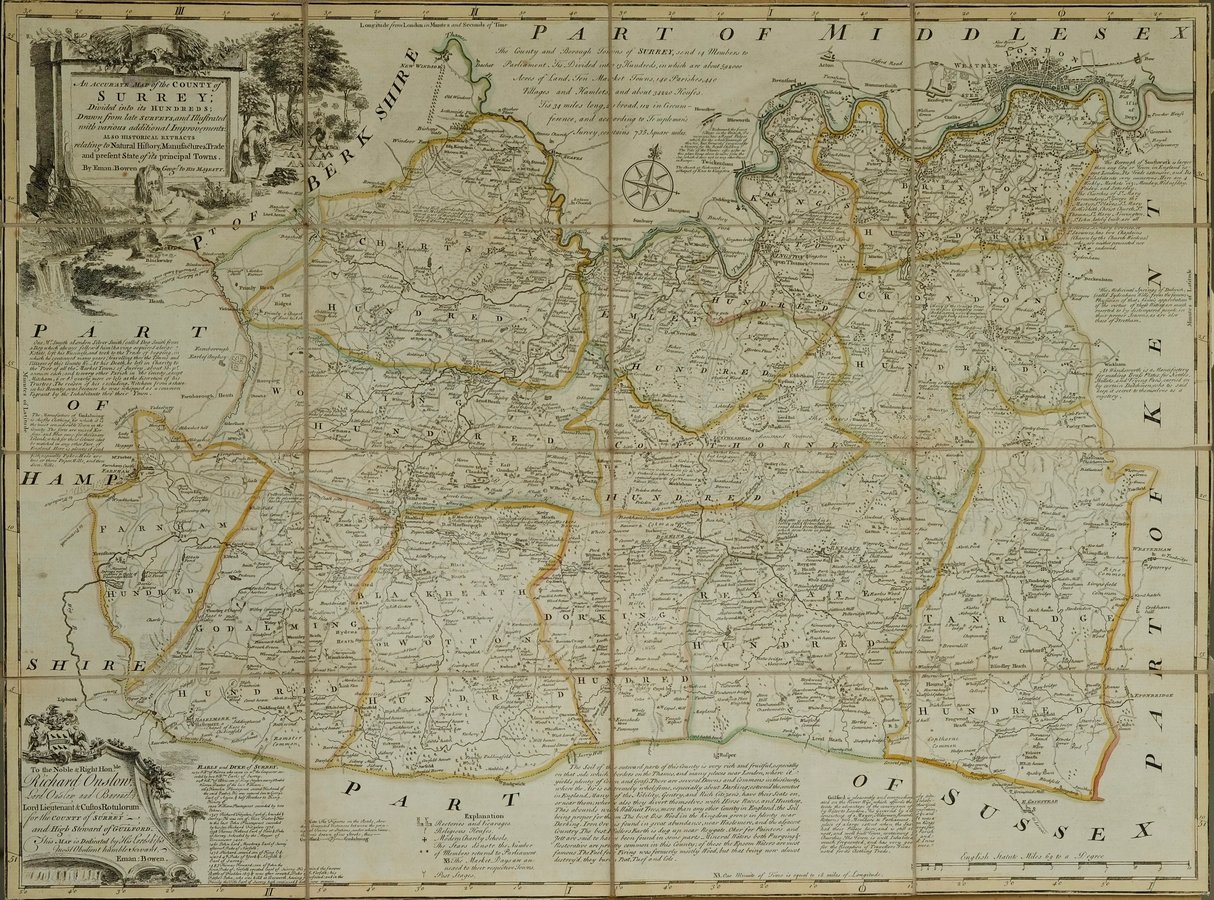 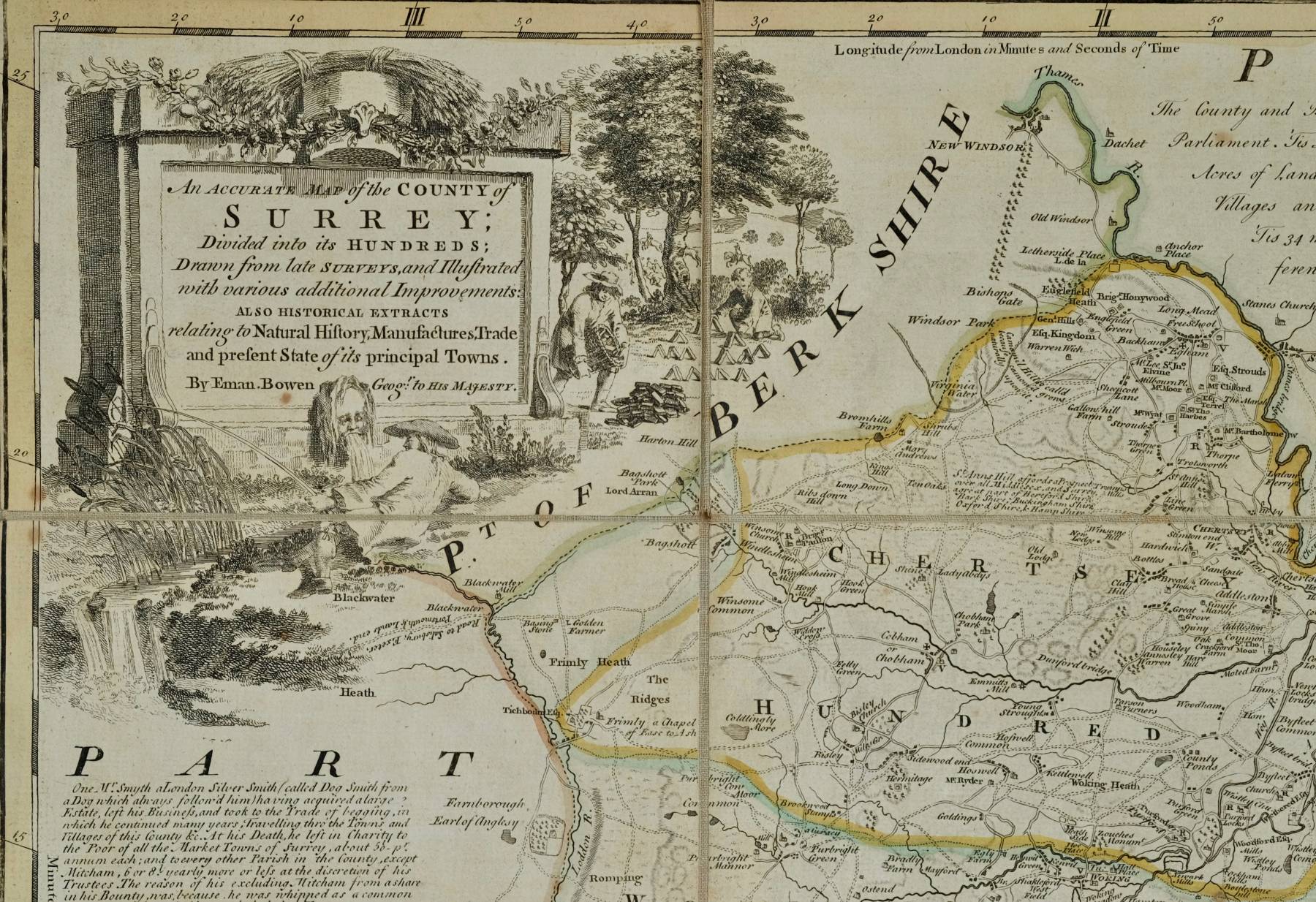 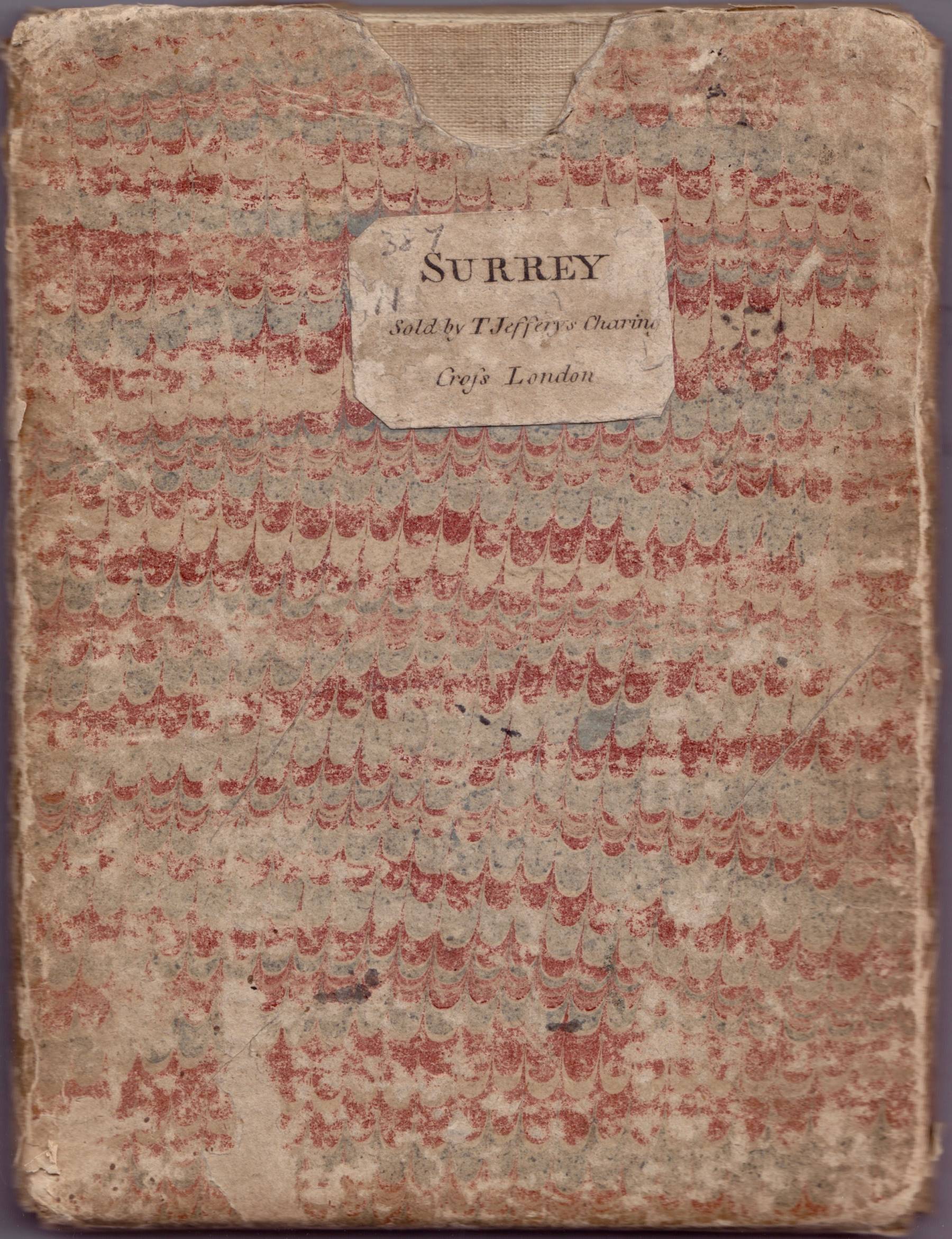 An ACCURATE MAP of the COUNTY of | SURREY; | Divided into its HUNDREDS; | Drawn from late SURVEYS, and Illustrated | with various additional Improvements: | ALSO HISTORICAL EXTRACTS | relating to Natural History, Manufactures, Trade | and present State of its principal Towns.| By Eman: Bowen  Geog.r to His Majesty.
Copper engraving by Emanuel Bowen published in The Large English Atlas from 1760. The work was the first large scale atlas of English counties since the works of Blaeu and Jansson a century earlier and was based on the latest surveys available (most maps at this time were still based on those of Speed and Saxton, their plates being still in use). The maps were a long time in preparation, beginning in 1749 with the county of Sussex and reaching completion of 45 plates in 1760. The engraving work was mostly shared between Thomas Kitchin and Emanuel Bowen. During this time the plates passed through the hands of several publishers and were issued individually and in part works without title. The Large English Atlas was issued by various publishers until c.1794 with very few changes to the maps.
This map was issued as a loose sheet, segmented and pasted on linen, in a slip case. As such, these were often cut close to the border, as is the case here, losing the imprint outside the bottom border which bore the name of the publishers which enable us to identify the edition. A good clean example in original hand colour with its original marbled slipcase with pasted label of T. Jefferys, Charing Cross, London. Thomas Jefferys (c.1710-1771) moved to Charing Cross when he married in 1750. 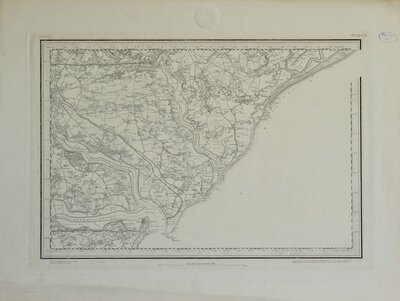 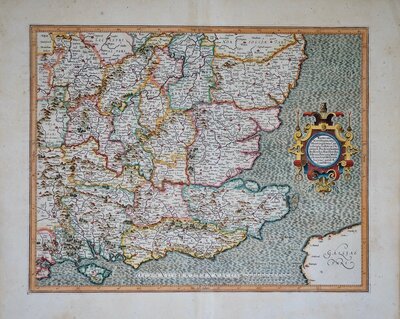 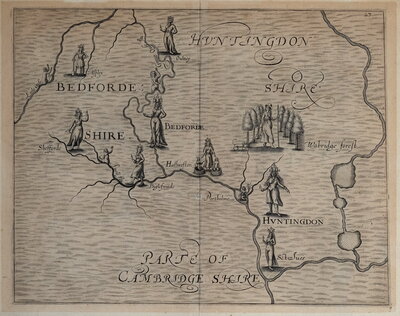