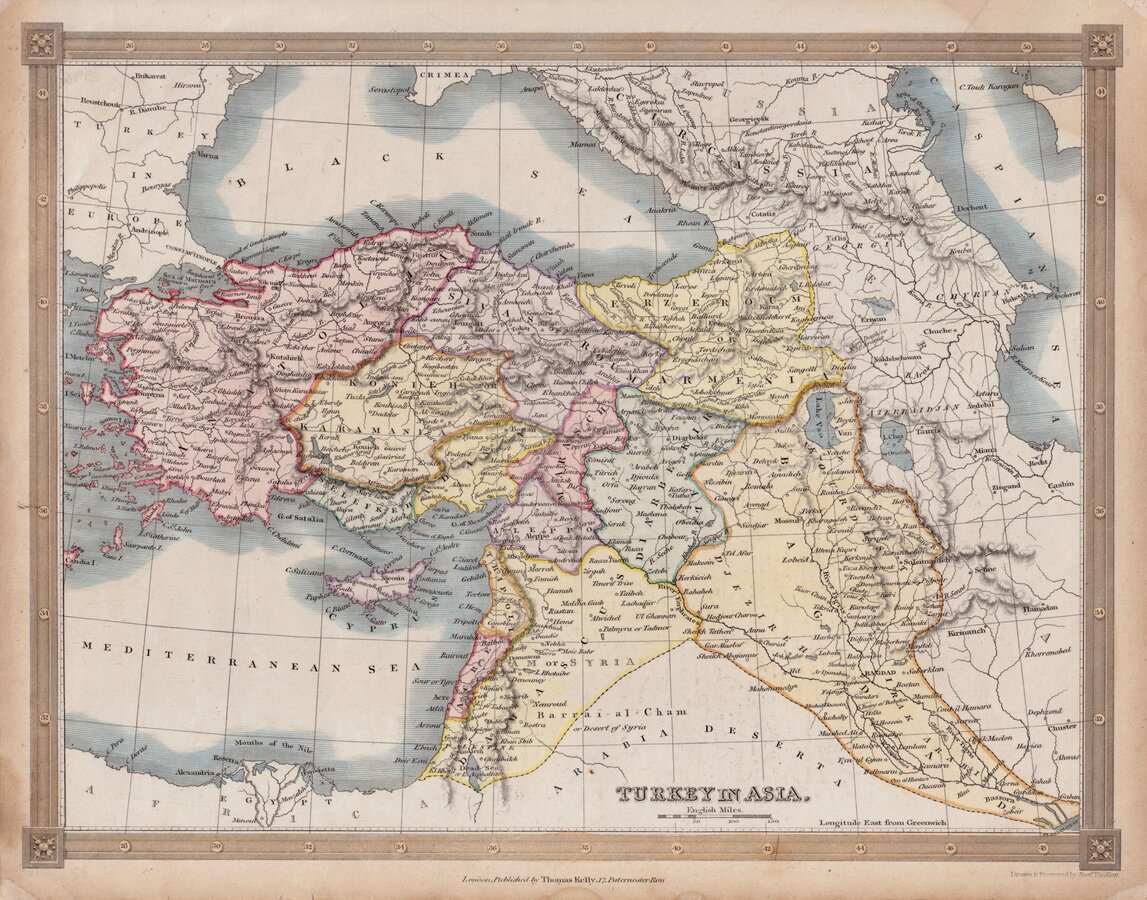 £28 Turkey in Asia by Findlay 1838 Ref: 1530gw
Add to basket Thanks,Your Product Has Been Added To Basket

Drawn and engraved on steel by Alexander Findlay for Kelly's Modern Atlas; including the most recent boundaries and divisions of every country...London, Thomas Kelly 1838.
Alexander Findlay (1790?-1870) born about 1790, son of Archibald Findlay of Bermondsey Wall, sailmaker and ship-chandler. Married Sarah Lumb at St James, Clerkenwell 8th Nov. 1810. Founding fellow of the Royal Geographical Society 4th August 1830. He traded with his son Alexander George Findlay (1812-1875) as "Alexander Findlay and Son" from 1840 to 1855 and is still recorded as engraver on the 1861 Census living in Hayes Common, Kent with his wife Sarah, his son Alexander George and his wife, also Sarah, and two grandchildren. He died on 7th Jan 1870.
Paper edges a little browned but a good hand coloured map showing Turkey, Cyprus, Israel, Jordan, Syria & Iraq.