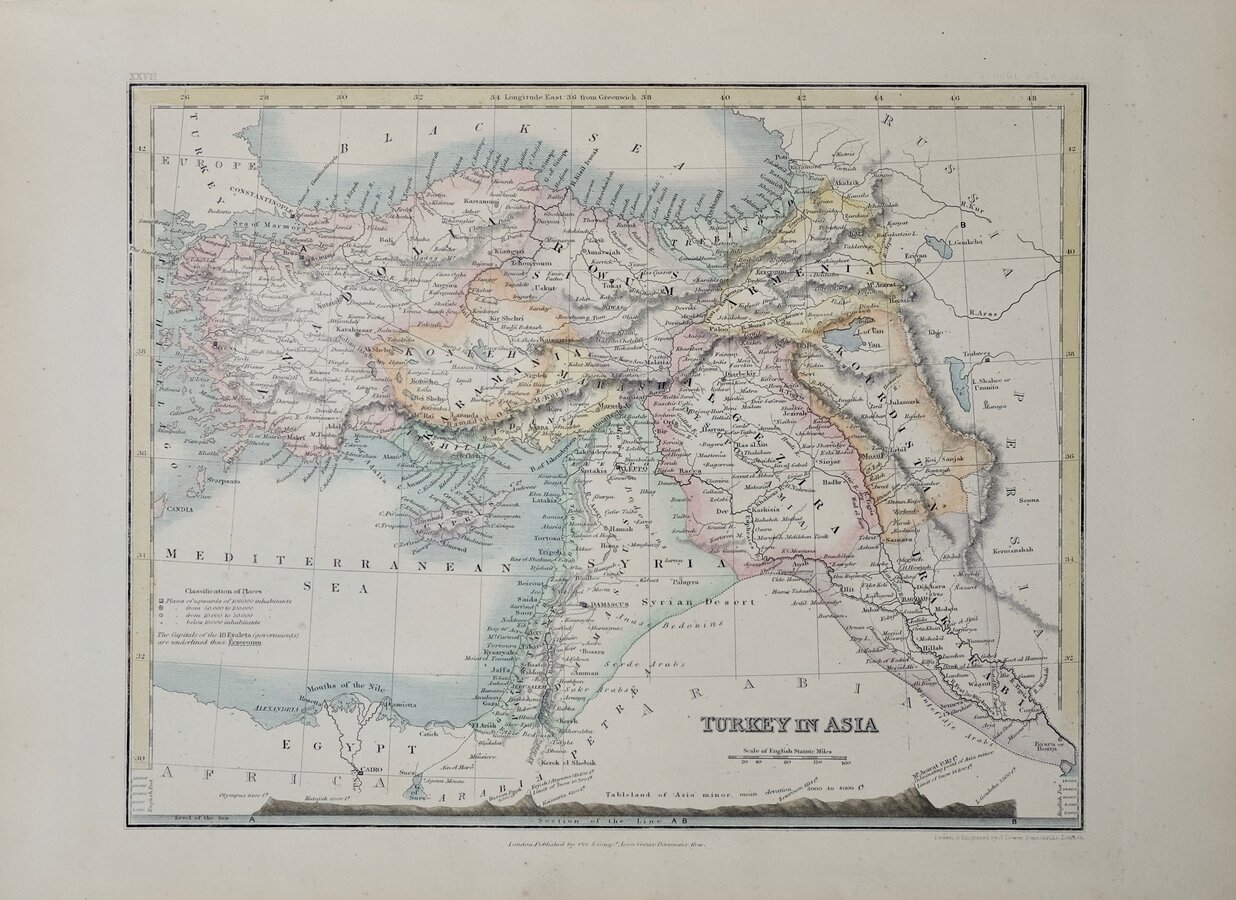 TURKEY IN ASIA
Drawn & Engraved by J. Dower, Pentonville, London.
London. Published by Orr & Comp.y Amen Corner, Paternoster Row.
Steel engraving by John James Dower, published in A School Atlas of Modern Geography Orr & Co. London, 1851.
John James Dower (1825-1901), born in London, the son and successor to engraver, draughtsman, publisher and printer, John Crane Dower (c.1791-1847). He was elected to the Royal Geographical Society 9 Jan 1854. He was in partnership as "Dower and Davis" in 1859 and trading as "John Dower & Co." 1860-1861. He was recorded as geographer on the 1871 Census, living with his wife, Mary Ann Augusta and three children, and as wood engraver on the 1881 Census, living with his wife, two daughters and two grandchildren. In 1891 he was living in Wanstead as a map engraver and draughstman, now a widower. His death was recorded at Hackney early 1901.
Good, clean hand coloured example without centrefold.
Cross section in bottom margin.