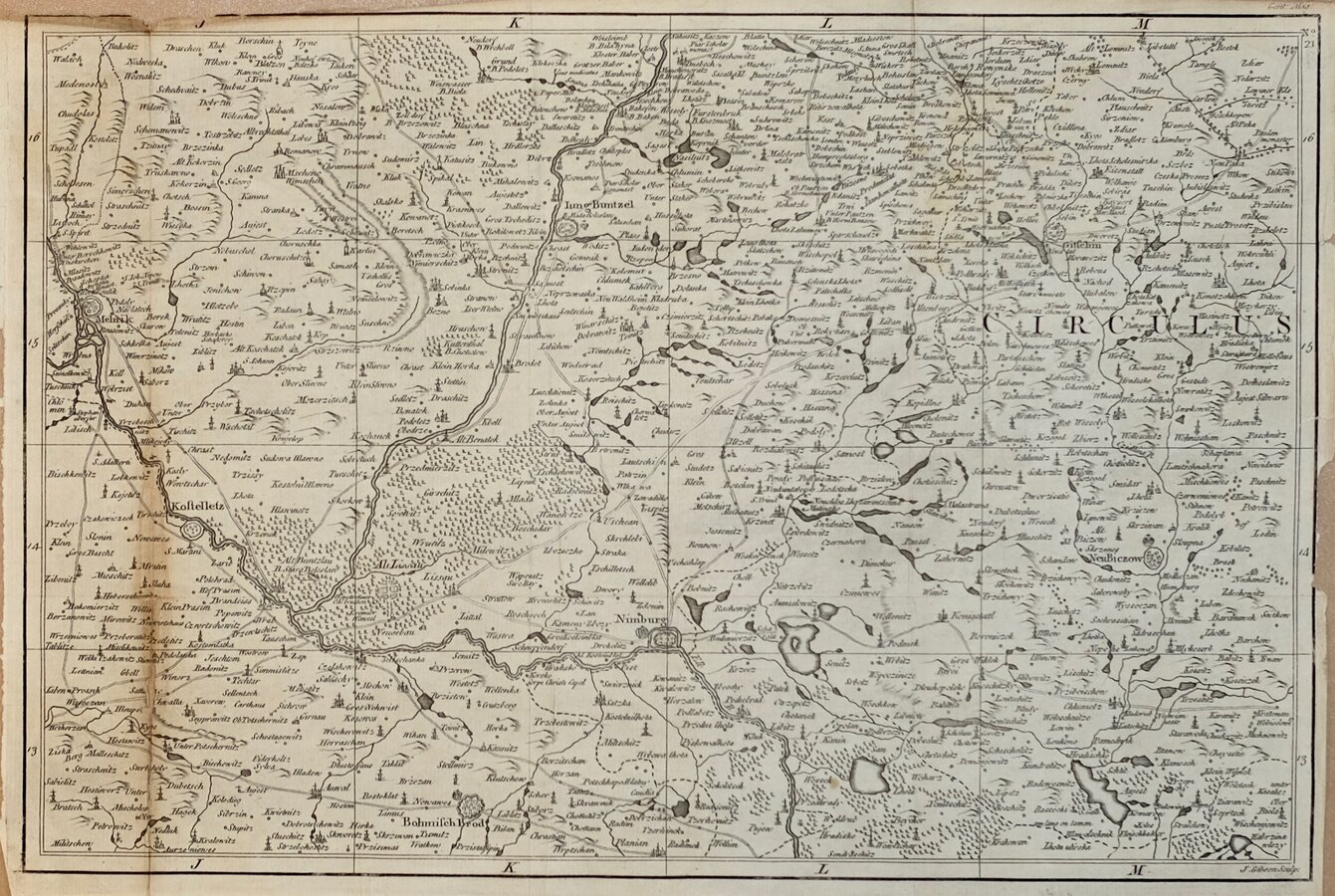 £5 Nymburk Czechnia 1762 Ref: 4710
Add to basket Thanks,Your Product Has Been Added To Basket

Untitled map of the area around Nymburk extending from Melnik in the west to Novy Bydzov in the west, Dneboh in the north, and Cesky Brod in the south. Engraved by John Gibson (fl.1748-1773) and published in The Gentleman's Magazine.

Number 21 of a series of 36 maps issued at irregular intervals from 1760 and formed a large map of Saxony, Bohemia and Silesia referred to on the index map published Jan 1760 as A New Geographical and Military Atlas.

Folds. Slight loss to top and right margins. Browing with loss to one centrefold.