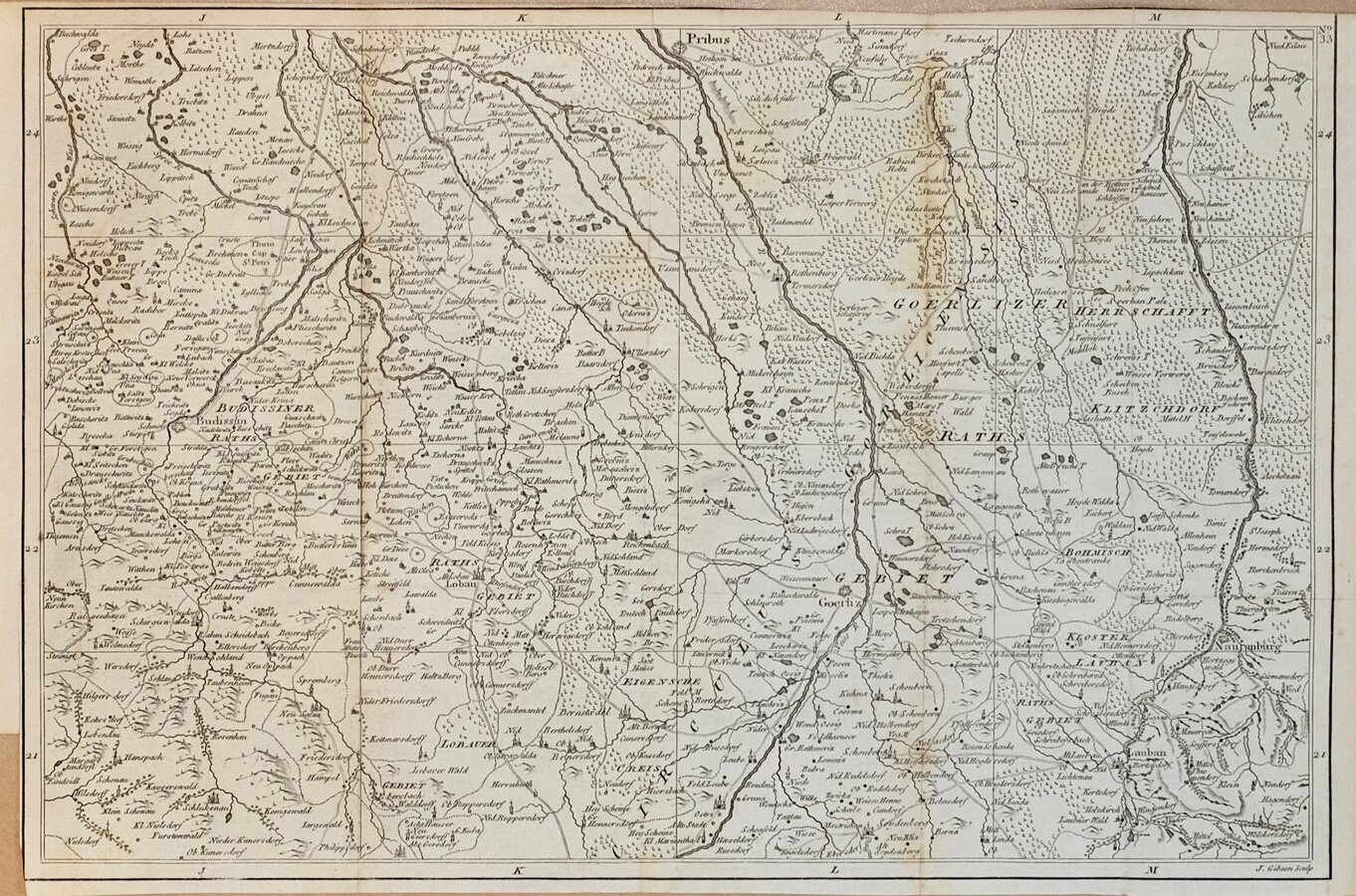 Untitled map of the area around Gorlitz, Saxony, at the border with Poland, engraved by John Gibson (fl.1748-1773) and published in The Gentleman's Magazine.

Number 33 of a series of 36 maps issued at irregular intervals from 1760 and formed a large map of Saxony, Bohemia and Silesia referred to on the index map published Jan 1760 as A New Geographical and Military Atlas.