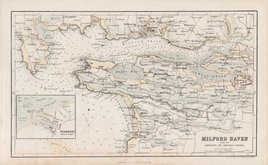 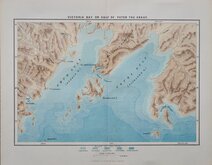 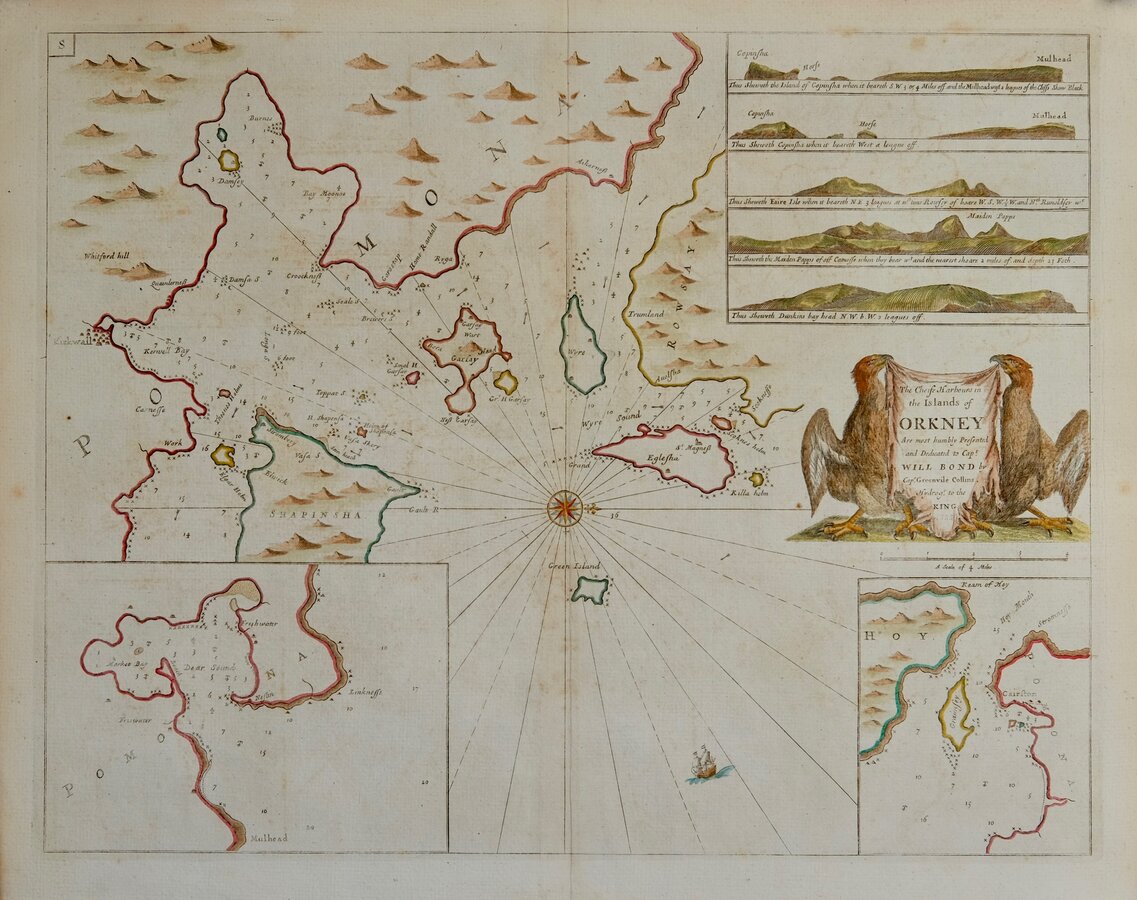 The Chiefe Harbours in | the Islands of | ORKNEY | Are most humbly Presented | and Dedicated to Cap.t | WILL BOND by | Cap.t Greenvile Collins, | Hydrog.r to the | KING | 1683

First published in Great Britains Coasting Pilot... By Captain Greenvile Collins...in 1693, the work was re-issued several times until 1785 and was a landmark in the charting of the seas around Britain, being the first English Pilot Book of the whole of the coasts of Britain.
This chart shows the islands of Gairsay, Wyre and Egilsya with part of the coastline of Rousay, the mainland of Orkney and Shapinsay. Insets of Graemsay island and passage between Hoy and the mainland. and of the inlet at the north-eastern end of the mainland. North is to the right on this chart.
Very good condtion, good margins, heavy paper, neat later hand colour. 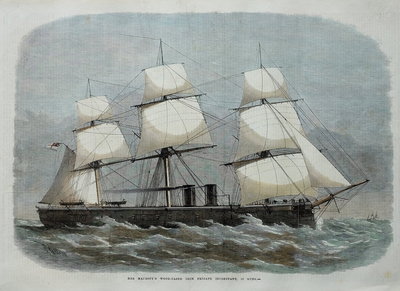 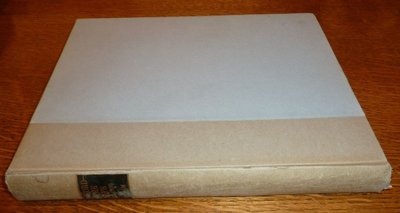