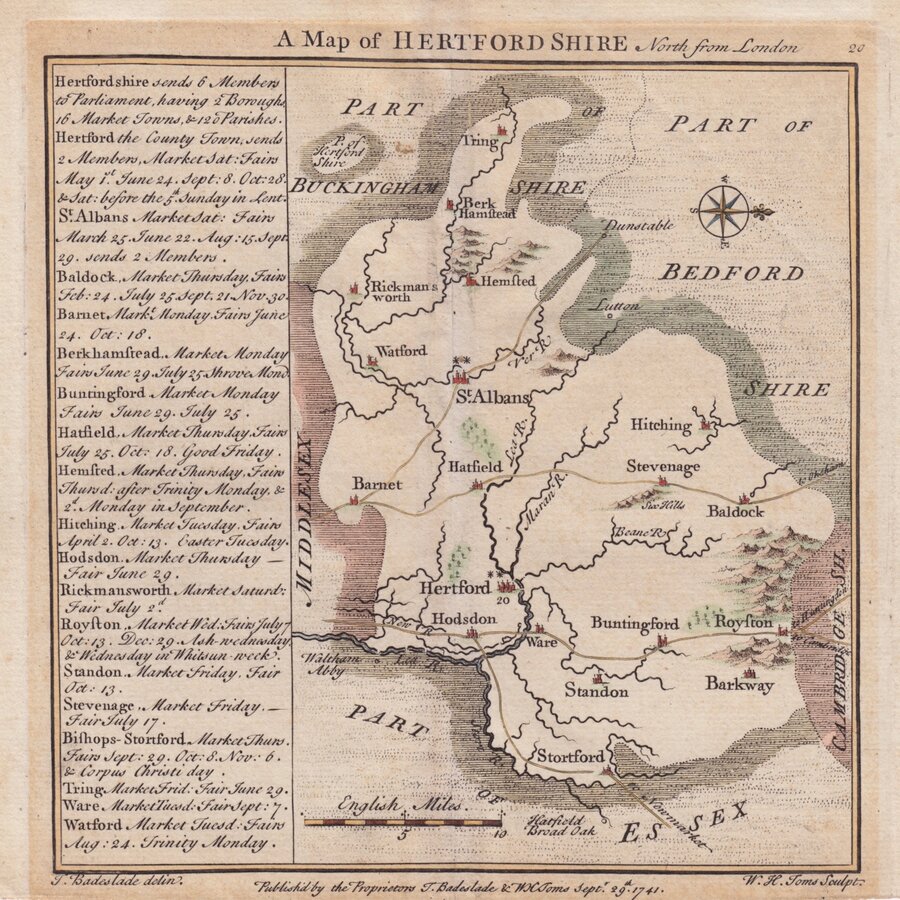 A Map of HERTFORDSHIRE North from London
T.Badeslade delin: | W.H.Toms Sculpt.
Published by the Proprietors & Badeslade & W H Toms Septr. 29th.1741.
William Henry Toms claimed to be the sole proprietor of this pocket atlas but the first title page and the early imprints on the maps indicate that Thomas Badeslade prepared the maps and Toms was the engraver. Within the first year of publication Badeslade's name was removed from the title page and imprints indicating that the partnership came to an early end (nothing is heard of Thomas Badeslade after this date and is possible that he died at this time). The title page of the atlas states that the maps were prepared for George I which would mean that they were drawn before 1727 and, as they were based on the maps by Herman Moll published in 1724, not before 1724. It is not known why publication was delayed until 1742. As the first 18th century county atlas to be truly pocket size, like it's road-book equivalent, Britannia Depicta, it was very successful, running to several editions with a number of changes and additions to the plates within the first year and publication continuing until the end of the decade.
This example is the first state of the map dated 1741 and issued 1742 without the 62 place names added to the plate later in the year. North is to the right.
Light overall toning to exposed area where once mounted and a light diagonal crease across Bedfordshire but a still good hand coloured example from the first issue.
Hodson Printed Maps of Hertfordshire ref. 29(i)