Ducking of Ruth and John Osborne 1795 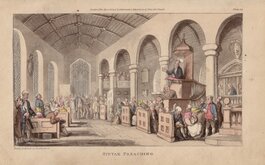 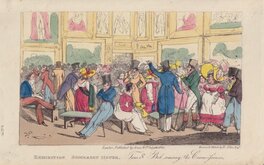 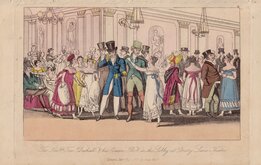 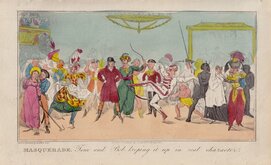 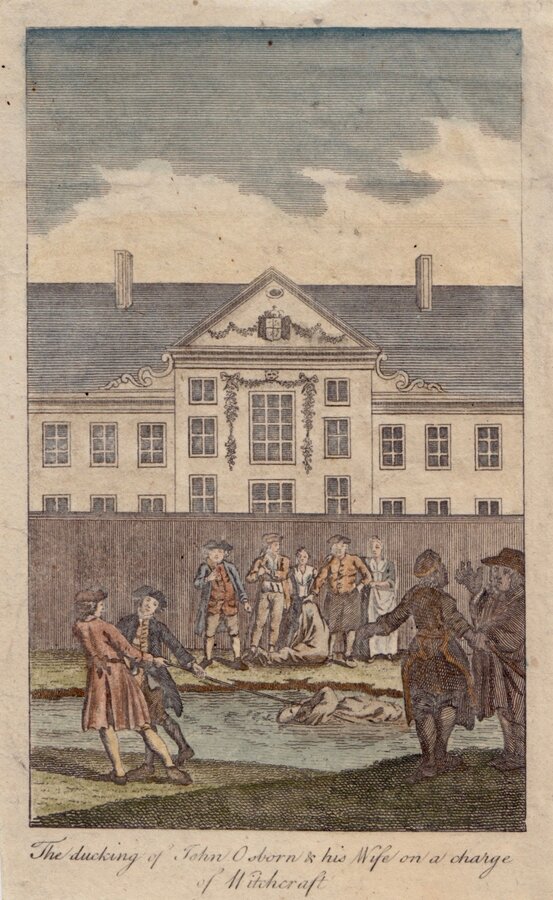 £30 1795 Ducking of Ruth and John Osborne Alexander Hogg Ref: 2123wg
Add to basket Thanks,Your Product Has Been Added To Basket

The Ducking of John Osborne and his Wife on a charge of Witchcraft.

Published in The New and complete Newgate calendar; or, villany displayed in all its branches...by William Jackson. London: Alexander Hogg 1795.

April 22, 1757, in the village of Long Marston, near Tring, Ruth Osborne and her Husband John, both over 70 years old, were "tested by swimming" for witchcraft. Ruth Osborne wast tested first, stripped, her thumbs tied to her toes,  she was dragged through Long Marston pool. After several duckings she was thrown on the bank where she died. Her dead body was tied to her husband who was alleged to have died shortly afterwards from the cruel treatment he received but who ultimately recovered, though was unable to give evidence at the subsequent trial for the murder of Ruth Osborne. The trial, held at Hertford on 30th July 1751 found Thomas Colley and twenty-one other known and unknown persons gulity of murder. 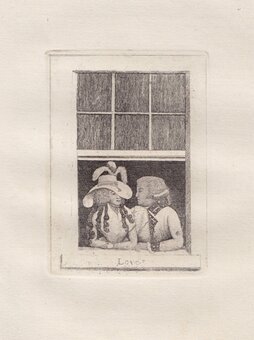 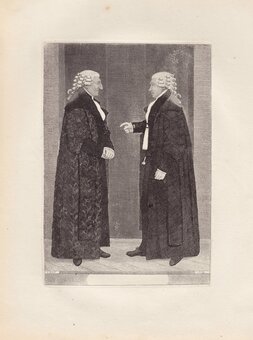 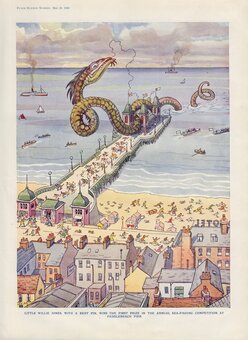