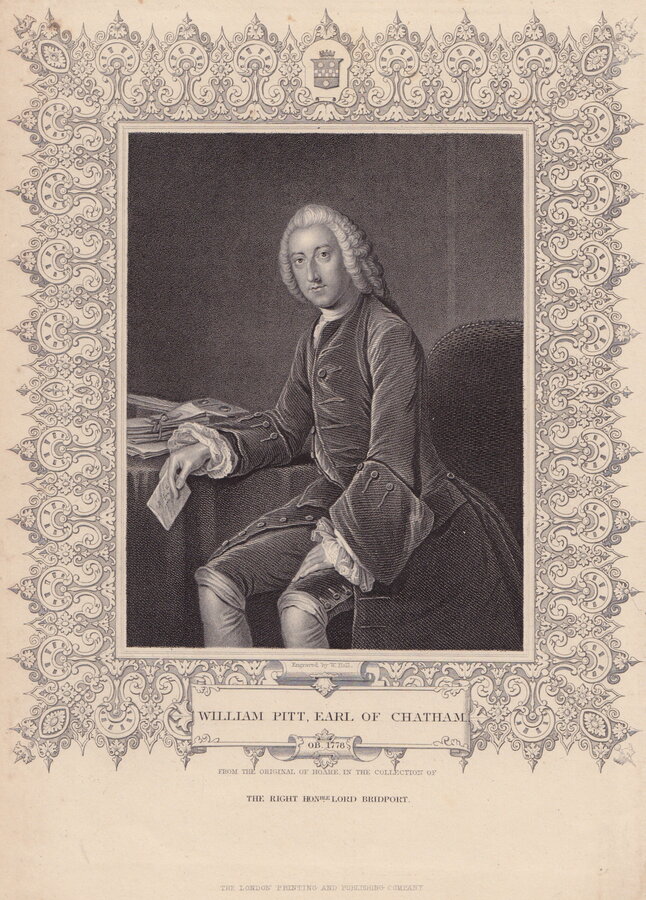 £10 1850 William Pitt the Elder Ref: 3565gu
Add to basket Thanks,Your Product Has Been Added To Basket

Engraved by W.Holl.
WILLIAM PITT, EARL OF CHATHAM
OB. 1778
FROM THE ORIGINAL OF HOARE IN THE COLLECTION OF
THE RIGHT HONBLE.LORD BRIDPORT.
THE LONDON PRINTING AND PUBLISHING COMPANY.
William Pitt, ist Earl of Chatham PC FRS (1708-1778) British statesman. Twice Prime Minister of Great Britain. Known as Pitt the Elder, to distinguish him from his son who also became Prime Minister, and as The Great Commoner because of his refusal to accept a title until 1766.
Stipple engraving with decorative border. 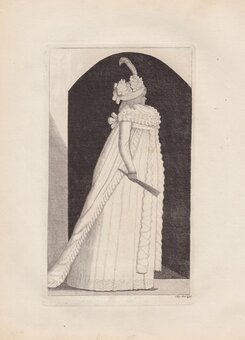 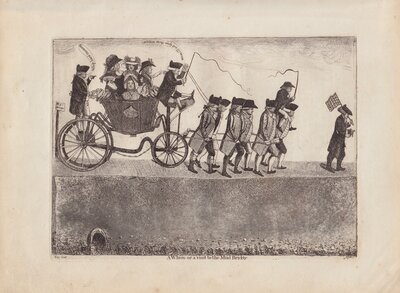 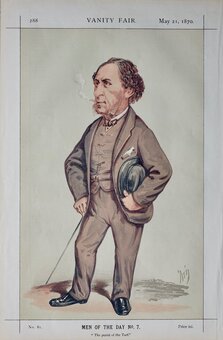