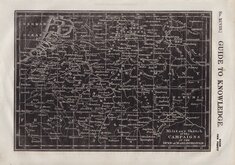 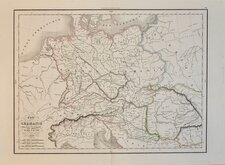 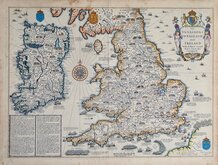 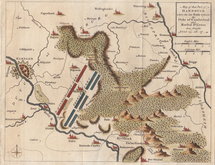 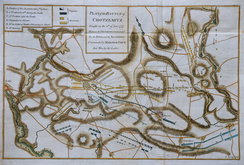 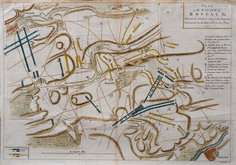 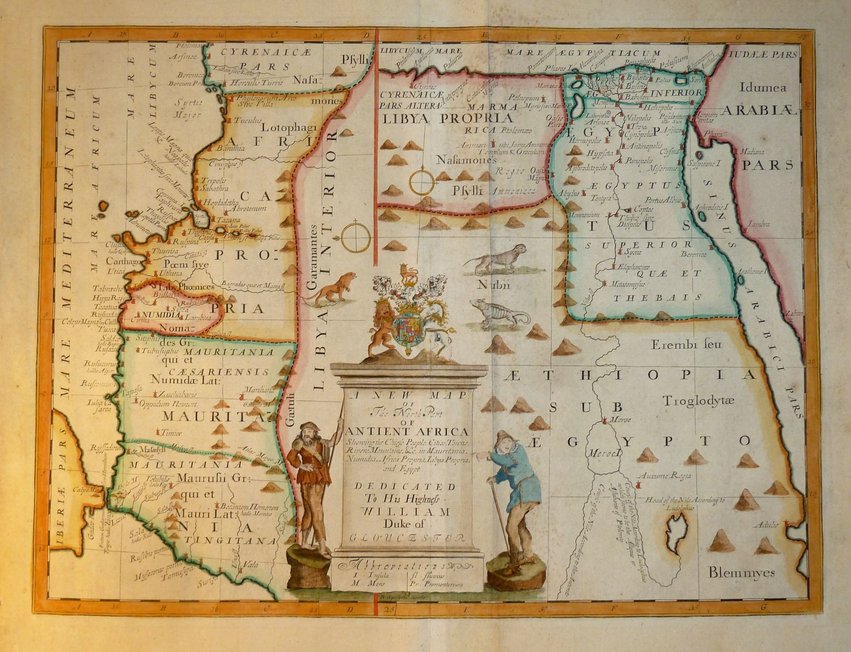 A NEW MAP | OF | The North Part | OF | ANTIENT AFRICA | Shewing the chiefe People, Cities, Towns, | Rivers, Mountains, &c. in Mauritania, | Numidia, Africa Propria, Libya Propria, | and Egypt. | DEDICATED | To His Highness | WILLIAM | Duke of | GLOUCESTER
Below cartouche: Engraved by R. Spofforth.
Edward Wells (1667 - 1727) mathematician, geographer, and classical scholar based at Christ Church College Oxford. He was tutor to Prince William, son of Anne, later Queen Anne, and dedicated this map to the young prince who died in July 1700 shortly before the map was published. The map was published in A New Sett of Mapps of Ancient and Present Geography from 1701 with further editions until the 1730's. The work intended for school and educational use and the maps have an attractive simple geographical style.
This map of North Africa shows the western part of the African coast orientated with North to the right and the Eastern part with North to the top of the page.
Additional centrefold and some light spotting but still a good example of a decorative map.