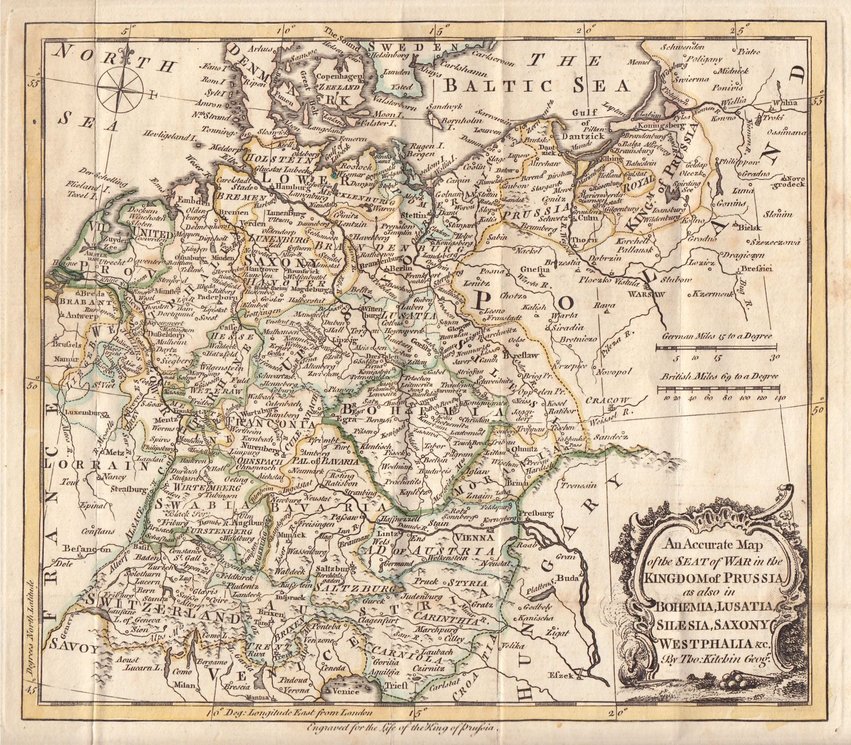 An Accurate Map of the Seat of War in the KINGDOM OF PRUSSIA as also in BOHEMIA, LUSATIA, SILESIA, SAXONY WESTPHALIA &c. By Tho: Kitchin Geogr.
Uncommon copper engraved map by Thomas Kitchin (1719-1784), one of the foremost engravers of his time. He was apprenticed to Emanuel Bowen in 1732 and married his daughter, Sarah, at the end of his apprenticeship in 1739. His works include the map of Scotland by Elphinstone, maps for Geographia Scotiae, the London Magazine and The Large English Atlas working with his father in law Emanuel Bowen.
Published at the end of the Seven Years War in 1763 showing most of Europe affected by the war.
Folds but otherwise in good condition in original outline hand colour.