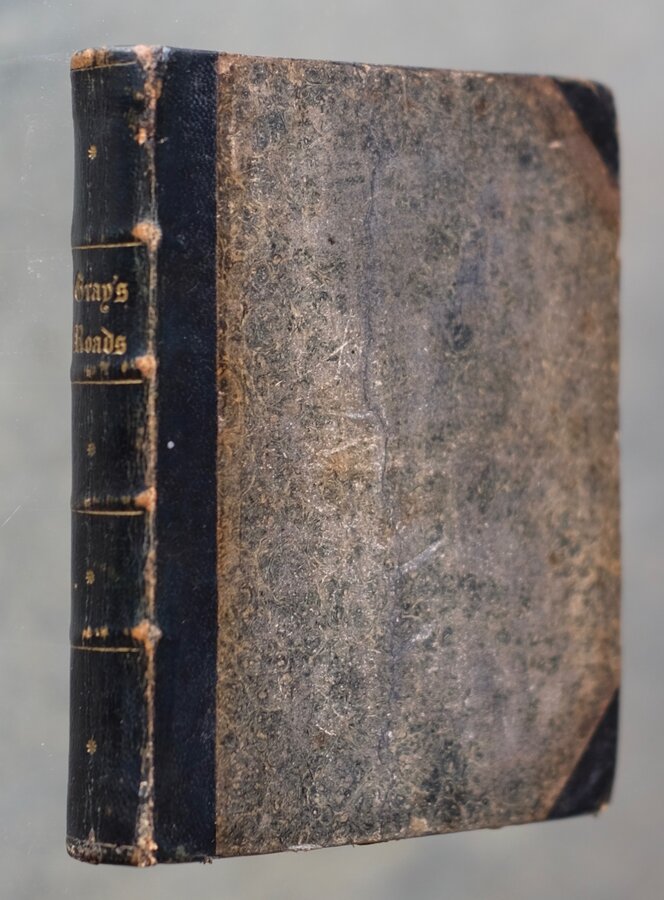 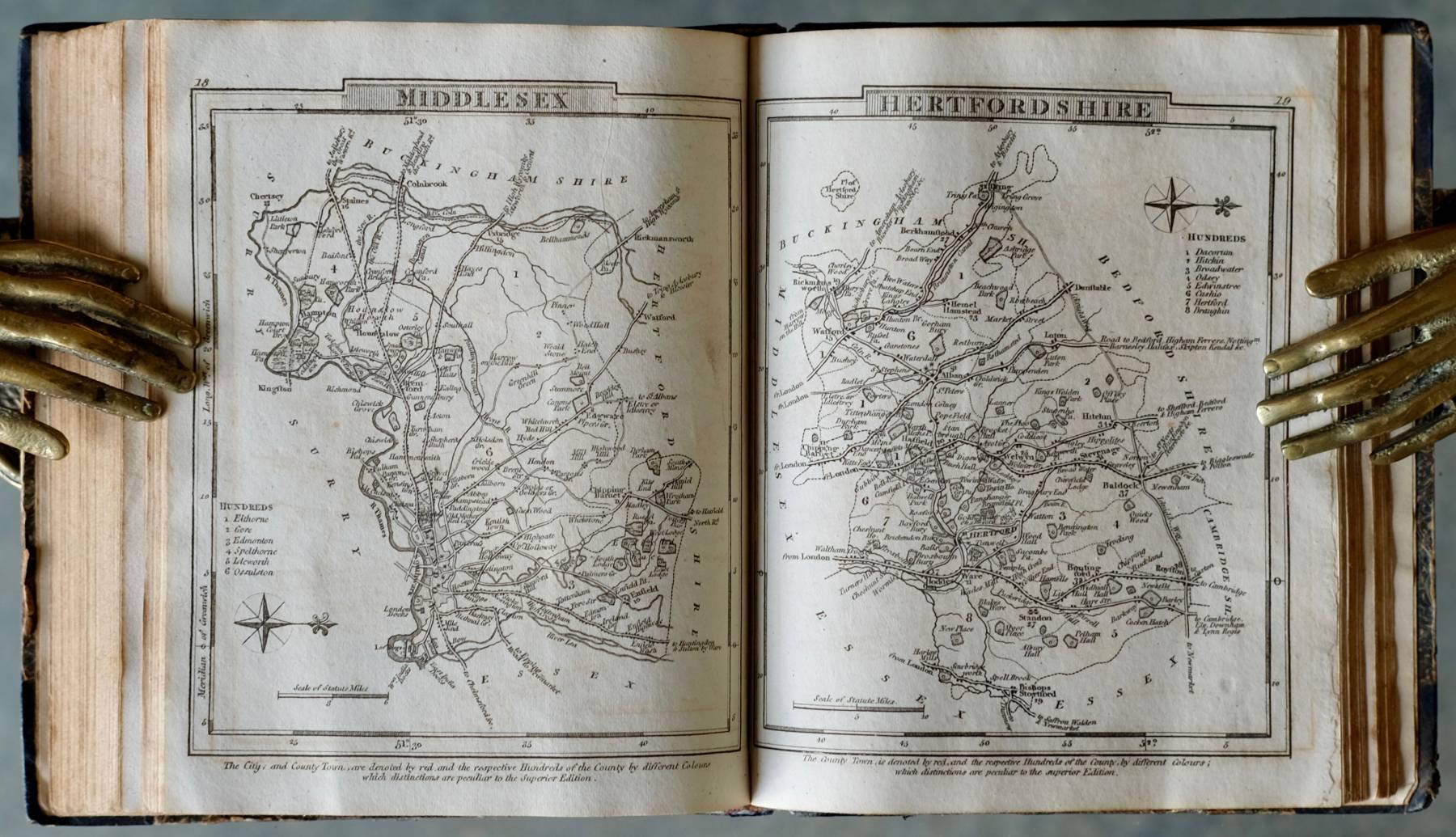 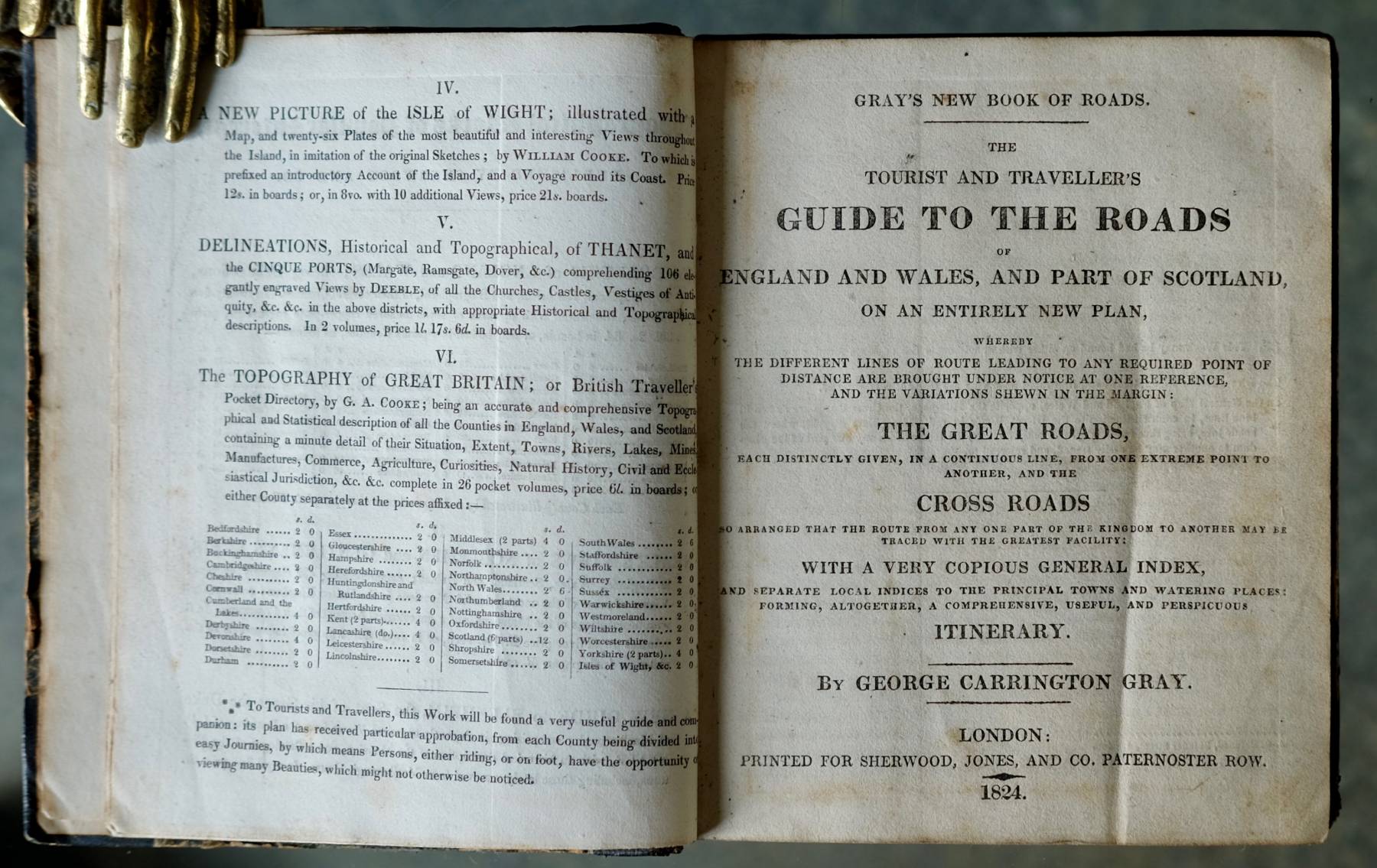 GRAY'S NEW BOOK OF ROADS. THE TOURIST TRAVELLER'S GUIDE TO THE ROADS OF ENGLAND AND WALES, AND PART OF SCOTLAND ON AN ENTIRELY NEW PLAN...By GEORGE CARRINGTON GRAY. LONDON: PRINTED FOR SHERWOOD, JONES, AND CO. PATERNOSTER ROW. 1824

The book is complete as issued but lacks the map of Derbyshire. Both Derbyshire and Nottinghamshire are numbered 26 in the index and some copies of the work contain a replacement map of Derbyshire by J. Farey. Also, the Reference page to the maps calls for a general Map of England and Wales opposite the title page but is not included here, again, as issued. The maps are uncoloured and printed one side only and were first published in parts issues in Topographical and statistical description of the county of...by Charles Cooke from 1805, here reprinted with plate numbers added outside border top right.
Very good clean example in original binding. 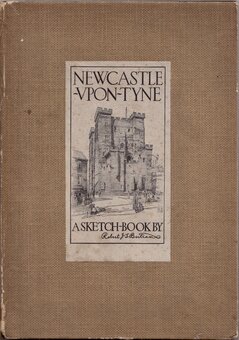 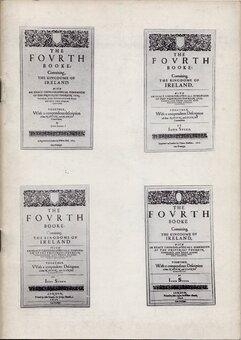 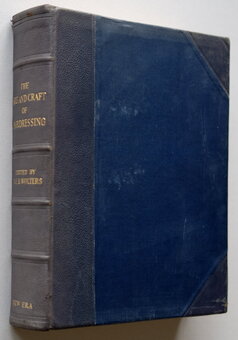